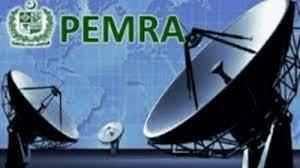 The renewal rights have been given on the request of the M/S Pakistan Television Foundation (Guarantee) Limited, said a press release.

The approval to this effect was given in the 171st meeting of PEMRA, headed by its Chairman Muhammad Saleem Baig.

PEMRA renewed the CGTN News landing rights’ permission in the “News and Current Affairs” category, while the CGTN-9 Documentary renewal was made in the “Entertainment”.

The meeting approved the issuance of a Satellite TV broadcast license to the Sarhad University of Science & Information Technology (SUIT), Peshawar in the “Special Subjects” (non-commercial) category.

The request for license renewal of the M/S Radiance (pvt) Limited’s mobile TV (video and audio content provision) service was also approved during the meeting.

The meeting was attended by Federal Secretary for Information and Broadcasting Shahera Shahid, Federal Board of Revenue Chairman Asim Ahmad, the Pakistan Telecommunication Authority Chairman and others.