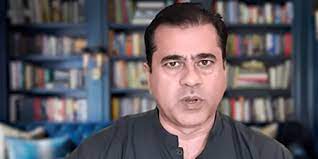 ISLAMABAD—Leading anchor Imran Riaz Khan, who runs his own YouTube channel, has complained of harassment by the police.

In a tweet, he said: “I returned to Lahore last night. Today the police have surrounded my house for many hours to harass the passersby.” According to him, security officials have also filmed his house from all sides. “In fact, it is hooliganism,” he tweeted angrily.

Khan openly supports the PTI government. Since the current government came to power, he has complained of harassment by security personnel on several occasions.

Last month, Sindh police had registered a case against him for a range of offenses, including criticizing state institutions and abetting mutiny. However, the Lahore High Court granted him bail.