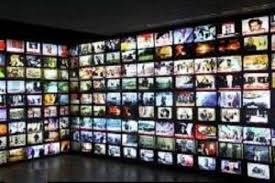 “Each one of us, according to our status, is eligible for some discount – the poor get cheaper electricity and gas, the bureaucrats get annual pay raises even in times of severe shortages like now as well as plots upon retirement, the middle classes wait for sales and the very rich get special treatment inside and outside jails and…”

“How do you figure that?”

“Do you know Bill Maher, a talk show host in the US?”

“Move on my friend, Pakistani media is being hailed as not promoting war relative to Indian media…”

“Accepted, but there is one proviso in most international media analysis on the subject: the Pakistani media reflected the views of the civil-military leadership who downplayed war and…”

“You say tomato US style and I will say tomato Queen’s English style.”

“Fair enough, anyway going back to discounts Bill Maher said in his monologue that Paul Manafort got off pretty easy, the sentencing guidelines said he was supposed to get 19 to 24 years – he got four,” and he referred to this under sentencing as the ‘white mans discount’.”

“Hey, if you are referring to Maryam Nawaz’s short jail time……”

“Nope, though you do make a good point!”

“The massive discounts being given to the already rich industrialists/manufacturers as The Khan administration reckons they alone can jump start the economy; and this is at the cost of a rising budget deficit that is fuelling inflation which in turn accounts for downgrading of our rating by two international rating agencies and…”

“You blame Razzak Dawood for being more convincing than Asad Umer!”

“Yes I do, and I would urge the Prime Minister…”

“To listen to Umer? That ain’t happening, you know The Khan digs in his heels whenever his appointments are challenged and…”

“I know that! And I wouldn’t have made such an inane suggestion. What I want to suggest is to give the Finance Ministry to Razzak Dawood as well so that he can begin to take account of the ground realities and…”