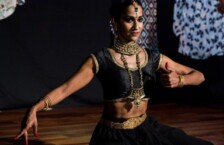 KARACHI: The National Academy of Performing Arts (Napa) will soon roll out its sixth edition of the International Performing Arts Festival. The annually held three-week celebration will commence on March 12 and run until March 31, 2019. The event will bring together the best in theatre, music and dance from Pakistan and around the world, stated a press release.

The International Performing Art’s Festival is Napa’s largest event and the only one of its kind in Pakistan. The gala will feature over 20 performances by groups from Italy, France, Germany, Iran, Sri Lanka and Australia. It will also witness a diverse series of Pakistani plays in Urdu, Sindhi, Punjabi and Balochi. The performances in this year’s festival span styles and genres, from the classic to the experimental, exploring some of today’s most pertinent topics including war, fascism, migration, and gender.

Some of the plays that will be showcased include Oh My Sweet Land, The Year of the Fish, The Playlist, Wahala, Devi, Some Days Ago, Dottok-e-Lug, Bari, Heer, Journey and Mezzotono. Napa founder and director Zia Mohyeddin has helmed two plays – Mureed-e-Shak, an adaptation of Shakespeare’s The Winter’s Tale and Court Martial, a play that exposes the class system in South Asia.

Other performances include historical plays such as Tehrik-e-Niswan’s Jinnay Lahore Nahin Vekhya, Charing Cross by Ajoka Theatre and Doleh Darya Khan, which unravels the story of a medieval Sindhi warrior. Sultan and Dostana, two children’s theatre productions and a Dastangoi production will be also be staged. The Festival is part of Napa’s mission of serving as a catalyst for creative expression in the performing arts and nurturing a society that respects and supports artistic expression.

The Nation: Napa Performing Arts Festival to kick off today