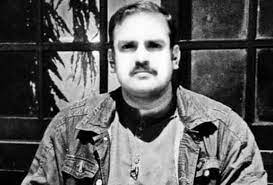 Pakistan Press Foundation (PPF) strongly condemns the arrest of Bol News journalist Shahid Aslam in connection with a Fact Focus investigative story on the assets of former army chief General (retired) Qamar Javed Bajwa. As stated in court Aslam was asked to share his laptop password. This is a blatant violation of the recently enacted Protection of Journalists and Media Professionals Bill, 2021 that guarantees the privacy of journalists’s works and sources.

The arrest of the journalist is a clear attack on press freedom and violates Aslam’s rights to report without the fear of consequences. It is a chilling example for other journalists showcasing the wrath of the state when a journalist investigates those in power. We urge the Federal Investigation Agency (FIA) to ensure that Aslam’s right to free expression is defended instead of attacked. The investigation agency must also keep in mind the law, which clearly states that a journalist is guaranteed a right to privacy.

On January 13, Aslam was arrested by the FIA. According to Dawn, a local court in Islamabad granted the FIA two-day physical remand of the journalist on January 14.

As per the report, the journalist had been arrested in connection with the data leak of information regarding the former army chief.

According to Dawn, Dar had directed “the special assistant to the prime minister (SAPM) on Revenue Tariq Mehmood Pasha to personally lead an immediate investigation into the violation of tax law[s] and breach of Federal Board of Revenue (FBR) data, affix responsibility and submit a report within 24 hours.”

Detailing proceedings from the court hearing on Saturday, Geo reported that the prosecutor said that Aslam was “allegedly getting information from the Federal Board of Revenue (FBR)”.  Aslam had denied the charges against him.

As per the report, the prosecutor said that suspects involved in leaking the FBR information “had repeatedly named Aslam”.

Furthermore, the report added that the prosecutor asked why Aslam wasn’t sharing his laptop password and the “judge remarked that it was not wrong to get information as a journalist”.

Under the Protection of Journalists and Media Professionals Bill, 2021, each journalist is guaranteed a right to privacy.

In clear words, the law states:

“The Government shall ensure that no person, officer, agency or institution unlawfully or arbitrarily interferes with the right to privacy of any journalist, reporter or media professional and his/her home, correspondence (including electronic correspondences) and family.

The Government shall ensure that no journalist, reporter or media professional is forced, induced, compelled, coerced or threatened for the disclosure of his/her sources of information by any person, officer, agency, authority or institution save without due process of the law.

The Government shall make efforts to safeguard the confidentiality of sources of journalists or media professionals.”

In a video outside the courtroom, Aslam said that “they” were asking for his password. “I will not give my password. Over my dead body. They can hang me upside down, break my bones, even yesterday they tried …”

The Pakistan Federal Union of Journalists (PFUJ) strongly condemned the arrest and termed it an attack on press freedom. In a joint statement, PFUJ President Afzal Butt and Secretary General Arshad Ansari said that the current federal government was using PEMRA and FIA as a tool to repress the media.

The PFUJ reminded Information Minister Marriyum Aurangzeb that FIA’s arrest of Aslam was in violation of an Islamabad High Court (IHC) under which the FIA was required to consult the PFUJ leadership, when they received a complaint against a journalist, before taking action against them. They added that this arrest was a violation of press freedom and contempt of court.