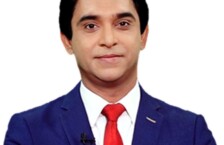 Pakistan Press Foundation (PPF) condemns the arrest of Bol TV anchorperson Jameel Farooqi and calls for the media person to be released till a proper investigation takes place and reaches its conclusion.

The news of Farooqi’s arrest came to light on August 22.

According to Dawn, a First Information Report (FIR) was registered against Farooqi at the Ramna Police Station in Islamabad under sections of 499 (defamation), 500 (punishment for defamation), 501 (printing or engraving matter known to be defamatory), and 186 (obstructing public servant in discharge of public functions) of the Pakistan Penal Code (PPC).

Quoting a spokerson for the Islamabad, the report added that the case was registered against the YouTuber because in his vlog “the suspect falsely accused Islamabad police of sexually and physically assaulting Gill”.

Shoaib Burney, bureau chief of Bol TV told PPF that the case was registered over his vlog published on his YouTube channel named “Jameel Farooqui Official”.

Bol TV contacted many police stations but all of them denied that they had arrested Farooqui, Shoaib added.

While the Islamabad police said that he was arrested on the basis of a case registered against him, Dawn reported that Zaman Town SHO Zahid Lodhi said that local police had not arrested him.

“He said an employee of Bol TV, who identified himself as Kamran Minhas, had phoned the police station and said that Farooqui had left the channel’s office in Korangi on Saturday night but had been missing since.

The officer said he told Minhas that Farooqui had not been taken into custody by local police or any team falling under his jurisdiction,” the report added.

Handcuffed Farooqui in a video message from Karachi’s Jinnah International Airport alleged that Islamabad police stripped off his clothes and tortured him on the orders of home ministry.

In a video, Farooqi at the airport, visibly disturbed said that he had been arrested “just because I was speaking the truth”.

PPF urges the authorities to ensure that proper investigations are conducted prior to the arrest of a media worker. It is also imperative that authorities provide clarity on the arrest. The claims of toture made by Farooqi are worrying and must be further investigated.