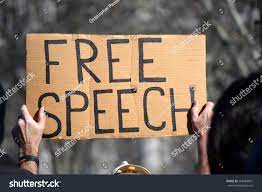 PEMRA’S restrictions on the live telecast of PTI chairman Imran Khan’s public speeches is an attack on the constitutional right to the freedom of expression.

Not satisfied with the ban, the authorities also disrupted the live stream of his recent address on YouTube.

Even though the former prime minister is known for slandering and threatening his political opponents, critics and journalists, censoring his words is a breach of his basic rights. Hence, the restrictions must be immediately revoked.

In an attempt to justify its decision, the electronic media regulator has accused Mr Khan of ‘spreading hate speech’ and levelling baseless allegations against state institutions, police officials and an additional sessions judge for the arrest and alleged custodial torture of his chief of staff.

However, it is clear from its order that Pemra has interpreted the Constitution’s Article 19, which guarantees the right to freedom of speech, as well as suggests the circumstances in which this right can be restricted, in a manner opposed to the spirit of the article, in order to arbitrarily censor Mr Khan’s views.

The ban is unacceptable even though the PTI itself attempted to gag a broad spectrum of mainstream and social media to silence dissent during its rule. Instead of punishing the politician, Pemra should have directed the channels to use the time-delay mechanism to block out offensive terms or simply left the matter to the courts.

The charges that have led Pemra to order TV channels to censor Mr Khan did not warrant its intervention. If he has said something unlawful, or threatened the state functionaries and judicial officers, he should be proceeded against according to the law of the land.

That the ban on Mr Khan has come days after ARY’s licence was cancelled for airing controversial remarks made by his chief of staff Shahbaz Gill shows the PML-N-led coalition government in a poor light.

This is not the first time that a popular political leader has been subjected to such restrictions. Previously, we have seen the courts and other authorities passing orders to banish politicians from TV screens once they have fallen out with the powers that be.

In 2015, a court order placed a ban on MQM founder Altaf Hussain. In 2020, Pemra barred channels from airing speeches, interviews and public addresses by absconders and proclaimed offenders, a directive aimed at PML-N supremo Nawaz Sharif.

By using Pemra to silence dissent, the government has dented the former’s credibility and turned it into a body used to control free political speech rather than act as a regulator of TV channels. Using laws to curb political dissent is bad policy.

These are the tactics of a repressive police state scared of dissent. The frequent resort to such tactics has never worked. But it has hurt democracy that thrives on the right to freedom of expression and free speech.