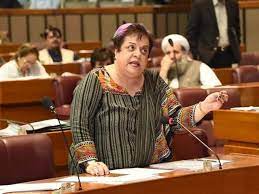 Amid journalists’ protests against the proposed Pakistan Media Development Authority (PMDA) legislation, Human Rights Minister Shireen Mazari on Tuesday claimed that the draft has yet to be given a “final shape” before being sent to the cabinet committee.

The minister said that the draft has not been finalized, adding that this has been confirmed by Information Minister Fawad Chaudhry as well.

Furthermore, she urged journalists to urged Bilawal, who heads the National Assembly Standing Committee on Human Rights, to approve the bill pertaining to the protection of journalists. Mazari said the bill, drafted in consultation with the stakeholders, has already been approved by the sub-committee.

After taking suggestions from journalists, media watchdogs, lawyers, ulemas, academics, and rights advocacy groups, the government will chalk out a cohesive policy based on their recommendations.

According to sources, the government may postpone the proposed bill for the next 60 days after journalists expressed their reservations and staged protests over it. They said that the issue will be taken in the federal cabinet meeting on Tuesday (today).

Sources said the media authority bill will now be brought to the fore after addressing the reservations expressed by the stakeholders.

Sources in the government maintained that the bill was not being tabled immediately in parliament and that consultations on its postponement had started. They further said that some senior ministers had advised the premier not to “rush” with the bill.