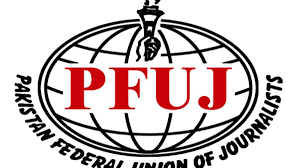 ISLAMABAD: The Pakistan Federal Union of Journalists (PFUJ) has demanded immediate appointment of a judge of the Implementation Tribunal for Newspapers Employees (ITNE).

In a joint statement, PFUJ president Shahzada Zulfiqar and secretary general Nasir Zaidi said the ITNE had been without a judge for more than two years, which resulted in pendency of hundreds of cases filed by journalists, as it was the only forum available for redressing the grievances of journalists and media workers against the newspapers management and owners.

“This is a highly alarming situation that despite Islamabad High Court’s directives, the ITNE judge is not being appointed and the orders are being ignored,” they said.