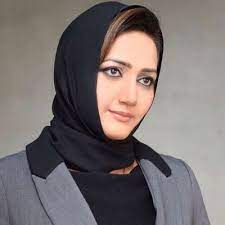 ISLAMABAD: The Pakistan Federal Union of Journalists (PFUJ) took serious notice of online attack, trolling and harassment of senior journalist and anchorperson Asma Sherazi at the hands of the PTI’s federal cabinet members, leaders and workers and condemned it, demanding the Federal Investigation Agency (FIA) to take notice of it.

In a joint statement, PFUJ President Shahzada Zulfiqar and Secretary General Nasir Zaidi, condemning the act of online harassment and trolling by some federal ministers, special assistants and party leaders and workers, said it is unprecedented that the officials, who are supposed to implement the law and follow legal course, are involved in the online attack, trolling and harassment of female senior journalist Asma Sherazi.

“Even official Twitter account of the ruling party (PTI) has been used for this purpose, which shows endorsement policy of the PTI,” they said. They urged the party’s leadership to take immediate steps for stopping online harassment, trolling and attacks on the female journalists who are discharging their professional responsibilities.

“We request the Prime Minister Imran Khan to intervene and direct the FIA to investigate and take legal action against the online attackers and trollers of Asma Sherazi,” they stressed. The PFUJ leadership said one may disagree with the writing or opinion of journalists but no one has right to harass female journalists and the media workers.