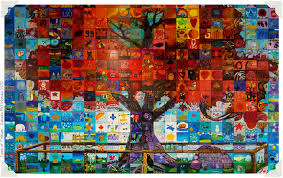 ISLAMABAD-The Embassy of Japan in collaboration with the Islamabad Art Festival 2019 organized a joint music performance of Pakistani and Japanese artistes titled “NIHON Cultural Performance” at the auditorium of Pakistan National Council of the Arts (PNCA) here on Sunday.

The Japanese musicians known as ‘The Trio Zipang’ where Takanabe is a percussionist; Tabata is a saxophone player; and Ms. Kitagawa is a pianist, together with the Pakistani artistes including Salman Adil and Sheri Bakshi greatly entertained the audience and won a great applause.

While welcoming the Japanese musicians to Pakistan, Yusuke Shindo, Charge d’ Affaires, Embassy of Japan, in his opening remarks said that  the Embassy of Japan in Pakistan has always strived to share Japanese culture with Pakistani people as we believe that sharing one’s culture brings people together. He said Japan and Pakistan share a friendly bond, which has strengthened over the years

Shindo greatly appreciated the visiting Japanese and the Pakistani artistes for their collaboration to create beautiful melodies for the audience.

He said that in our pursuit of enhancing this bond of friendship between the two nations, in 2022, the Embassy of Japan will celebrate the 70th anniversary of the diplomatic relations between Japan and Pakistan.  He said that “we are working on planning a vast variety Japanese cultural events and activities to mark this auspicious occasion”.

He said that today program is an amalgamation and fusion of various genres of Japanese music ranging from classic, jazz, J-pop and Pakistan music.

Deputy Counsel General at Japanese Consulate in Karachi Ashida Kastsunori also sung Urdu, Punjabi and Japanese songs on the occasion and got big applause from the audience at jam packed PNCA auditorium.

Takanabe is Percussionist of Osaka Shion Wind Orchestra since 1996 and a lecturer of Osaka College of Music and Yuhigaoka High School. Takanabe appears on more than 100 stages a year such as guest appearances in different orchestra, studio recordings and adjudicator of national wide contests. He is also executive member of Kansai Percussion Association.

Emi Kitagawa a Pianist and a lecturer of Osaka College of Music, Doshisha Women’s College of Liberal Arts, Soai University, Soai High School and Ishiyama High School. She graduated from Tokyo National University of Fine Arts and Music and earned Master’s degree from Hochschule fur Musik Freiburg, Germany. She has performed piano concerts with many orchestras including the Kansai Philharmonic Orchestra, the Geidai Philharmonia Orchestra, Tokyo and the College Operahouse Orchestra, Osaka.   (END)

To celebrate “A Month of Japanese Culture”, the Embassy of Japan has held a series of cultural activities such as “A Talk on Gandhara- Japanese Archaeological Mission in Pakistan” by a visiting Japanese professor Satoshi Naiki, “Japan Festival” at NUML, a photo panels exhibition “Japan-Through the Lens”, “Nihon Cultural Performance” and film shows aiming to further strengthen the existing friendly relations among the people of two countries.