No one has ever given as much time to media as PM Imran Khan: Fawad Chaudhry 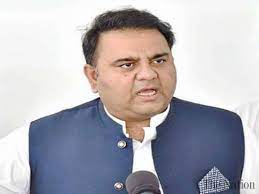 ISLAMABAD: Federal Minister for Information and Broadcasting Fawad Chaudhry said Friday that Prime Minister Imran Khan is fully aware of the importance of media and he understands the power of public opinion.

“No one has given as much time to the country’s media as Prime Minister Imran Khan,” said Chaudhry while addressing the Digital Media Development Programme.

The minister said that the future of the young generation is linked to digital media. “We started media reforms in 2018 and created the digital media wing in 2020,” said Chaudhry.

He added that in the past, the state media had been used for promoting party stances. “We turned Pakistan Television into high definition TV,” said Chaudhry.

He said that Radio Pakistan’s mobile application has now become “one of the best apps”.

Earlier today, PM Imran Khan had said that his government is not against a free media, and only has a problem with “fake news and propaganda”, claiming the incumbent regime had given “more freedom than ever” to news organisations.

“[Fake news] is degrading for the country,” the prime minister said, as he addressed the launch ceremony of the Digital Media Development Programme.