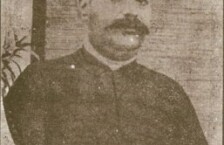 PUNCH, or London Charivari, a British weekly, was probably the longest running humour magazine in the history of world humour and satire.

The first issue of Punch came out on July 17, 1841. And when its last issue appeared on April 8, 1992, it had completed 150 years of publication. Punch was relaunched in 1996 and, as rumour had it, was meant to compete with Private Eye, a British fortnightly magazine of humour and satire known for spoofing public figures. The reincarnated Punch could not survive beyond May 2002, but Private Eye is today among the bestselling British magazines and is available online, too.

But Punch was an emulation of La Charivari, as Arthur Prager has mentioned in his book The mahogany tree: an informal history of Punch: “The subtitle ‘The London Charivari’ admits unashamedly that Punch was modelled on the successful and respected Paris paper of that name”.

The success of Punch echoed far and wide, especially in the British colonies. In India, Avadh Punch, also spelt Oudh Punch, an Urdu humour weekly, was launched from Lucknow on January 16, 1877 on the lines of London’s Punch. Even the title-cover was almost copied down from London’s Punch, showing the sketch of a clown-like character known as Mr Punch. Avadh Punch’s motto, published on the cover, was ‘Life is pleasure’.

Avadh Punch became Urdu’s most successful and longest running humour magazine. When it closed down in 1912, Avadh Punch had completed about 35 years of publication. It was relaunched in 1916 and continued till 1936. It set new standards of humour and journalism in Urdu. Avadh Punch was, writes Mushirul Hasan in his book Wit and humour in colonial North India, “virtually the first Indian newspaper to give us cartoons, as we know them today”. It may be added that it was also the first Urdu periodical to spell out an editorial policy with emphasis on criticising social and political issues in humorous style. Avadh Punch criticised Sir Syed Ahmed Khan and those who wanted to follow the west blindly. Satirical pieces criticising certain aspects of the British Raj, political affairs and social evils appeared every week. Another speciality of the magazine was to take utmost care about Urdu usage and as a result many stalwarts of Urdu literature were severely criticised for their Urdu usage, assumed faulty by the magazine, including Altaf Hussain Hali, Daagh Dehlvi and Allama Iqbal.

After the independence, Majeed Lahori launched Namakdaan from Karachi in 1948. In 1948, Chaand, a monthly, was launched from Lahore and remained popular for about three decades. Then it drooped, its publication became irregular. It vanished a few years ago. Although its humour was not of a high quality, yet Chaand is among Urdu’s longest running humour magazines. Mr Dehlvi, a humorist, launched Phuljhari from Karachi in 1960s but it closed down soon. Qehqaha, another humour magazine published from Lahore, was modelled on Chaand and its standard was not very high. It too could not last longer. Zafraan, published from Lahore in the 1970s by Mashkoor Hussain Yaad, could last only for a few issues. But Shagoofa should rank among Urdu’s longest running humour journals. Launched from Hyderabad (Deccan) some 40 years ago, it is still published monthly. Other humour magazines who could not survive longer include Zarafat, Cartoonist and Zer-i-lab. Mizah plus published from Karachi, has become popular in a short span of time, though it has been tardy right from the onset.

But Avadh Punch stands head and shoulders above the rest. It in fact influenced not only Urdu humour, but poetry, novel, short story and drama as well, since it used to run literary pieces as permanent features and quite a few novels had appeared in Avadh Punch in episodes. The man, the moving spirit that made all this possible and even after his death influenced Avadh Punch’s tone and style was Munshi Mohammed Sajjad Hussain Kakorvi.

A humorist, poet and novelist, Sajjad Hussain was born in 1856 in Kakori, a town near Lucknow. His father Mansoor Ali was Deputy Collector and was appointed as Civil Judge in Hyderabad (Deccan) after his retirement. So Sajjad Hussain was brought up at his maternal uncle’s Lucknow residence. Sajjad Hussain took admission to Lucknow’s Canning College. But it did not interest him much and he took up the job of teaching Urdu to British troops in Faizabad. The routine of a job was too much for free spirit that Sajjad Hussain was. So he resigned and decided to launch a humour magazine from Lucknow.

Thus began the publication of Avadh Punch from Lucknow. With its first issue, published on January 16, 1877, some well-known writers and poets joined hands with Sajjad Hussain, notably Akber Allahabadi, Pandit Tribhuvan Naath Sapru Hijr, Nawab Syed Mohammed Azad, Jawala Parshad Barq, Mirza Machchu Baig Sitam Zareef, Ahmed Ali Kasmandvi and many more. Sajjad Hussain would write a large number of humorous and satirical pieces in prose and verse but used many different pennames. A popular series by him was based on open letters to famous personalities. Addressed to Gladstone, the then British Prime Minister, Queen Victoria, Maharaja of Kashmir, Nizam of Deccan and some politicians, these letters are running commentary on the social and political issues of the times. Sajjad Hussain wrote many satirical novels that include Haji Baghlaul, Ahmaq-ul-lazeena, Kaayaa palat, Meethi chhuri and Pyari dunya.

Munshi Sajjad Hussain died on Jan 22, 1915 in Lucknow and was buried in his hometown Kakori. 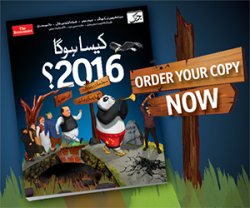