KARACHI: ‘Kaisa Hoga 2016’, the annual magazine jointly published by Pakistan’s most credible media concern, the Jang Group, and The Economist (London), is now in the hands of the readers, and its contents comprising national and international affairs are under discussion.

The contents of the magazine, which is published under a special licence from The Economist, comprise expert and analytical forecasts besides thought-provoking articles penned by Chinese Prime Minister Li Keqiang, Indian Prime Minister Narendra Modi, Malala Yousufzai, Sir Tim Berners-Lee (co-founder of the world wide web), the chairman of the Alwaleed Foundation, Prince Alwaleed Bin Talal, as well as a number of international and Pakistani experts, columnists and analysts.

The readers will gain information on the politics and economy of the world’s major countries and regions. The magazine focuses on the whole world, and nothing is left out. Anything that is of any interest to the people is there in the magazine — be it something relating to politics, economy, sports, culture, education, travel, literature, entertainment, horoscope, astrology, etc., etc.

In the context of international politics, tension among several countries appears to be very much on the horizon this year too. We will see Pakistan continue to be following the path of peaceful coexistence with its neighbours. Relations based on peace and amity with India, Afghanistan, Iran and the countries in the Middle East is the cornerstone of Pakistan’s foreign policy.

Moreover, there are comprehensive reports and discussions on matters relating to regional tug-of-war in China, America and Africa; future actions in Syria; Will the people of Britain decide on staying with the European Union or not? What will be the impact of elections in the region? The challenges to the Indian Congress Party; The test the new Australian leader faces;

China-Pakistan relations; What will be the outcome of the Pakistan-India backdoor diplomacy? What results will Pak-Afghan contacts bring? The achievements of the war on terror; The political and geographic agenda of the Arab countries; The plight of the Syrian refugees; the Taliban after Mullah Omar; the civil-military relations in Pakistan; outcome of Operation Zarb-e-Azb; the National Action Plan; the military courts;

The magazine also covers international relations and political and economic affairs of China, the Middle East, America, Britain and Europe.

Who will be the presidential nominees of the Democrats and the Republican parties? The Filipinos will elect their president and parliament, the Russians will cast votes in parliamentary elections — what are in the stars of 2016 on all these matters? The articles on trade and economy will throw light on whether the rich economies ultimately leave the emerging markets behind. Will the commercial concerns find themselves in the line of fire? The new firms will have to prove their worth or they will be phased out.

How will the battle against drugs fare? Football enthusiasts will head for France. Cricket has plenty to offer in 2016 — the year will see the debut of the Pakistan Super League (PSL), and India will host the sixth ICC T20 World Cup. There is so much in the ‘Kaisa Hoga 2016’ magazine. 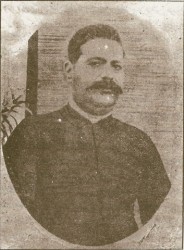