Lahore Literary Festival 2014 : Celebration of literature ends with an impact

The concluding day of the revered Lahore Literature Festival (LLF) 2014, as routine, featured a litany of writers, journalists, editors, critics, poets, educators and publishers, all under one roof, disseminating their knowledge, opinions and ventures with a hooked-on-every-word audience.

The sun shone bright on the final day of LLF 2014 as an eager crowd struggled to make its way through the jam-packed halls, containing the crème de la crème of literature and language. A crowd that was not just limited to that of Lahore, consisted of people from all walks of life; Karachi, Peshawar, Islamabad, Quetta and Faisalabad, with many foreign nationals in full attendance as well. With over a 100 speakers from eight countries, panel discussions in three languages, 120 volunteers, art installations, exhibitions, performances and book and food stalls, the LLF has gone from strength to strength in a period of only one year, as this year’s programme hosted an extra day owing to the influx of participants. The now annual celebration of literature sadly but proudly came to an impactful end on Sunday, taking place at Alhamra.

The Place of Fiction in a Nonfiction World: After the ‘Imagining Cities’ session comprising a stellar line-up of distinguished panellists; Mohsin Hamid and Raza Rumi among others, an engaging, informative and a very dignified panel of some of the leading dignitaries of the subcontinent got together to discuss ‘The Place of Fiction in a Nonfiction World’. Comprising Ahmed Rashid (who was also on the LLF Advisory Committee), Amit Chaudhuri, HM Naqvi and Michael Dwyer with Aysha Raja as the moderator, made up for one credible panel.

“There is no doubt that people are reading less and less nonfiction these days. Fiction is becoming a version of nonfiction. For instance, Khaled Hosseini’s The Kite Runner, that sold over 9 million copies worldwide, was a fictitious tale depicting actual events in the history of Afghanistan. People who can write about such authenticity are the ones who have lived there and experienced the culture,” Rashid said.

“Publishers of non-fiction need to realise that sometime non-fiction could be perceived largely as fiction now and people might limit their purchase that way,” publisher Michael Dwyer added.

Speaking further on the widespread coverage of nonfiction internationally, Rashid who seemed to address every opinion with an educated example, said, “Much of nonfiction has been covered by bloggers rather than print journalists. For instance, take the Arab Spring as an example. The bloggers did a phenomenal job with the coverage, so much that some newspapers even thought about bringing the blog together for their publication. But at the same time, books have their own impact.”

Raja urged the audience to indulge in purchasing books more.

“There are various versions of nonfiction. Some stress at one point, while others would stress elsewhere,” award-winning Karachi-based novelist HM Naqvi added.

There indeed seems to be a very thin line between fiction and nonfiction as everyone has his/her own version of truth.

“There was a book published in Pakistan based on Hinduism that had to go under heavy censorship. That happens a great deal, so even while writing on nonfiction, the facts are always edited,” one of the panellists shared.

“A journalist asked me a while ago if I could describe my book in one word. How can I?” Kamila said laughingly. Alex praised Kamila’s book for its moving characterisation of thoughts as well as its humour. Kamila shared with the audience how she had written many drafts of the book before finalising on one.

Answering a question, Kamila said, “As a Pakistani writer, I don’t feel that it’s my obligation to write about my country’s predicaments. It’s absurd if people expect you to. All publishers want a book they can sell.” The comment was met with huge applause from the audience.

Women on the Verge: A third session amongst myriad others was one comprising Shobhaa De, Muneeza Shamsie, Manju Kapur and Namita Gokhale, moderated once again by Alex von Tunzelmann.

“We are on the verge of many great things than people realise,” said one of the distinguished panellists.
“Gender should not come in between what you’re writing. I can’t say I’m a woman writer, just as a man cannot say he’s a man writer. As a writer, you tell the truth. I wouldn’t want anyone to say to me, ‘You write about this ghetto that women are trapped in and so you are a woman writer’,” said columnist and novelist Shobhaa De.

“Whether I relate to a woman’s character in a novel or not, but when I read someone’s book telling the tale of a female heroine, it automatically gives us women a sense of recognition, ” said novelist Manju Kapur. 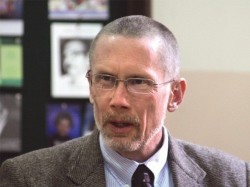