Nabeel Qureshi and Fizza Ali Meerza’s most recent cinematic outing, Load Wedding may not have broken records at the box office but it won the hearts of viewers and critics alike. The film stars Fahad Mustafa and Mehwish Hayat in key roles and comments on our society’s obsessions with marriage and dowry.

According to recent reports, the film has been nominated as ‘Best Feature’ at the upcoming Jaipur Literature Festival that is scheduled to take place from January 24 till 28, next year.

Nabeel confirmed the news to Instep and shared, “It feels great. Fingers crossed. I hope we win.”The festival is an annual literary event, which takes place in the Indian city of Jaipur in January every year. It will be a good platform to showcase Pakistani content amidst audiences in India and it will hopefully help bridge the gap between the two countries through cultural exchange.

Aside from Load Wedding, that released in Pakistan and beyond on Eid-ul-Azha this year, three films made by Nabeel and Fizza are expected to screen in India in the coming days. Na Maloom Afraad 1 & 2 and Actor in Law will take centre stage at the South Asia Forum for Art & Creative Heritage (SAFACH), New Delhi, in January 2019.

Lahore Literary Festival 2014 : Celebration of literature ends with an impact 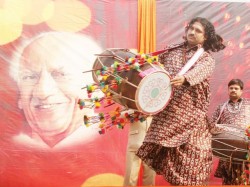 A literary session with poet Abaseen 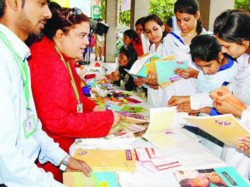