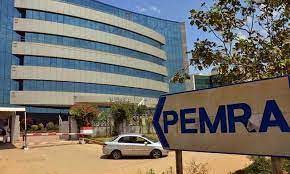 According to the details, Lahore High Court Justice Shahid Bilal Hassan issued a reserved decision on the plea of Muhammad Kashif.

Advocate Irfan Nasir Cheema appeared in the court on behalf of the petitioner.

Federal Government, Ministry of Information, Cabinet Division and Chairman PEMRA Muhammad Saleem Baig were made parties in the petition.

It was stated in the petition that the appointment was made contrary to other court decisions including Ashraf Tiwana of the Supreme Court. There is also a violation of the decision of Lahore High Court regarding the appointment of former chairman PERMA Absar Alam.

On behalf of the petitioner, it was pleased that the court should declare the move of appointment of Chairman PEMRA Muhammad Saleem Baig null and void and order to stop Chairman PEMRA from working till the final decision of the case.