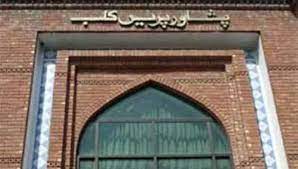 PTI Information Secretary Zahir Shah Toru also accompanied him as part of the Jirga to strike a reconciliation with journalists.

A number of journalists who were at the venue of the PTI public meeting for coverage were subjected to torture, their cameras were smashed and one photojournalist even lost his laptop during the trouble. Some newsmen had fallen unconscious.

This triggered a strong reaction by the journalist community whose members had threatened to boycott the PTI functions coverage if action was not taken against the culprits and victim journalists compensated.

The KP government representatives during the visit to the press club deplored the manhandling of journalists during the PTI public meeting on the Ring Road which was addressed by the ousted Prime Minister Imran Khan. They believed that some miscreants had manhandled the journalists along with some senior leaders and they lamented over the happening.

Barrister Saif and Zahir Shah Toru regretted the incident and praised the role of the media and journalists. They assured the protesting journalists that steps would be taken to curb such deplorable incidents in future. Khyber Union of Journalists President Nasir Hussain and Peshawar Press Club President M Riaz accepted the jirga of the Khyber Pakhtunkhwa government and vowed to jointly work for the solution of the community problems.

Meanwhile, Khyber Photojournalists Association President Fayyaz Azi and General Secretary Khuram Parvez welcomed the visit of the government representatives to the press club and regretted the manhandling of journalists. They hoped such incidents would be avoided in future.