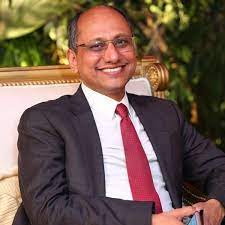 He also issued directives to the officials concerned regarding a fair distribution of advertisements to all media outlets and timely payment against them.

Speaking to a delegation of the Council of Pakistan Newspaper Editors (CPNE) led by its secretary general, Tahir Mahmood, in his office, Mr Ghani assured the council of full cooperation from the provincial government in this regard. He said that the provincial information secretary had personally contacted different media organisations advising them to get their payment issues sorted out.

“For payment of outstanding dues, a committee comprising both sides [government and CPNE] is being set up to settle the issues within a week,” said a statement issued after the meeting.

The Sindh government has always respected freedom of the media and taken all due measures for the welfare and wellbeing of media workers … our information secretary has personally visited different media organisations to ascertain grievances and find out their solutions, according to the statement.

Mr Tahir Mahmood told the minister that there was a huge amount of dues outstanding against Sindh government. He urged the minister to help ensure an early settlement. He also called for a transparent and swift mechanism for the distribution of government advertisements among media organisations.