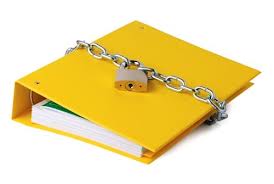 PESHAWAR: The Khyber-Pakhtunkhwa (K-P) Assembly unanimously passed the K-P Right to Information Act (RTI) 2013 on Friday, but not without significant amendments. One such change pertains to ‘mala fide intentions’ which are now counted a punishable offence resulting in – at most – a Rs50,000 fine or incarceration for two years.

During the session chaired by Assembly Speaker Asad Qaiser, Minister for Information Shah Farman presented the bill on the assembly floor. The passage was supported unanimously with amendments based on the select committee’s recommendations from their earlier meetings. The K-P RTI Ordinance 2013 stands revoked after the passage of this bill.

“The act will make people stakeholders in the government as it will keep a check on the latter,” said Farman. However, this stake comes with a rather ominous caveat. He told the assembly, “Whosoever will use the law for mala fide intentions, we have made a provision to render it a crime.”

He was referring to the offence section of the K-P RTI Act 2013. In addition to other ‘wrongdoings’, clause 28 declares it is a criminal offence to wilfully “use the information obtained [under the RTI act] for mala fide purposes with ulterior motives.”

The clause further states, “anyone who commits an offence under sub-section (1) shall be liable to a fine not exceeding Rs50,000 or imprisonment for a period not exceeding two years.”

The RTI Act 2013 also contains exemptions regarding information sharing. Types of information which can be exempted from being shared with the public includes topics related to ‘international relations and security’, ‘disclosure harmful to law enforcement’, ‘public economic affairs’, ‘public money’, ‘privacy’, ‘legal privilege’, and ‘commercial and confidential information’.

The bill was not debated on the assembly floor as it was presented by a select committee comprising both opposition and treasury benches members. The committee incorporated 11 amendments and the assembly agreed to pass it without a clause-wise passage of the act or debate.

The select committee held three meetings on October 3, October 7 and October 25 at the K-P Assembly Secretariat to examine and tweak the bill.

Early readings of the act suggest amendments other than clause 28 might not be as significant as the changes envisaged in the draft stages.