Say working for US-funded organisations does not justify murder.

PESHAWAR: A protest was staged by journalists in Peshawar on Thursday to condemn the killing of a colleague from Mohmand Agency. The protestors also demanded the Taliban to explain their position over the killing of Mukkaram Khan and other journalists.

They vowed to defeat attempts to gag the media from telling the truth.

PPC President Saiful Islami Saifi said that Mukkaram was not a controversial reporter; rather, he tried to present a balanced view of the situation.

“Mukkaram was balanced and objective in his reporting; however, because he was working for the Voice of America (VOA) Pashto Radio, he was murdered and the Taliban took responsibility for it,” he told the protest gathering.

Saifi said that working for US-funded organisations does not justify murder and added that journalists were all labourers who were earning their livelihood through their profession.

Expressing his grief over Mukkaram’s killings, KhUJ’s General Secretary Yousaf Ali said that he was the 24th journalists to be killed in tribal areas and Khyber-Pakhtunkhwa over the past few years.

PFUJ Additional Secretary Khalid Kheshgi said that journalist community wants to ask Afghan Taliban leader Mulla Mohammad Omar, TTP Chief Hakimullah Meshud and other militant leaders whether they were involved in the murder of Mukkaram Khan and other journalists.

Safdar Hayat Dawar, former president of the Tribal Union of Journalists (TU), said that the government was too weak to take any solid step in arresting the killers and providing protection to journalists.

He said that the K-P government also failed to apprehend killers as Nasrullah Afridi and Mukkaram Khan both were killed in settled areas, not Fata.

The protesting journalists carried placards and banners inscribed with slogans condemning the killing of tribal journalists and demanded the arrest of Mukkaram’s killers. 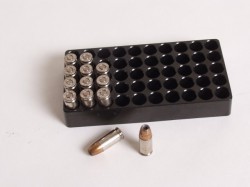 Death of a journalist

Small folk with big dreams: Search for the ‘real’ artist