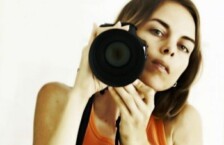 KARACHI: In an effort to strengthen transnational relations between South Asian countries, a regional workshop and photo exhibition was held on Wednesday, marking the end of a-year-long collaborative project called, ‘iEARN Photojournalism 2.0- Images of Social Change between Pakistan, Bangladesh and Tajikistan’.

The event was hosted by iEARN Pakistan, as part of a four-day conference from August 27 to August 30 when all participants displayed their works and were awarded completion certificates.

Cultural affairs officer Kimberly Strollo, assistant cultural affairs officer Philipe Assis, Grants programme manager at iEARN USA Aqeela Cutter, along with a delegation of participants and teachers from Tajikistan and those from Pakistan attended the exhibition. While participants from Tajikistan and Pakistan took part putting up their works, participants from Bangladesh could not come because of issues in getting through the visa process.

Speaking at the occasion, Strollo expressed immense pleasure in seeing students’ work at the exhibition. “Each picture narrates a story leaving an impact, and the audience automatically connects to it.” A total of 12 schools from Pakistan, eight from Tajikistan and five from Bangladesh were a part of this project.
In this project, an online course on photography and journalism was taught to 82 teachers and 300 students in these three countries.

The principal of a government school in Liaquatabad, called, ‘Anjuman Islamia’, Seema Zahid, told The Express Tribune, “Girls from my school have participated in a project in which they were taught using technology like cameras and photo editing softwares for the first time.”

Saidashurova Muslima, a Tajik participant from a delegation led by Baratov Firuz, said that these projects were a definite step towards friendship between the countries. One of the works included a Pakistani student’s capturing the Abbas Town incident, while there were works featuring videos on food wastage. 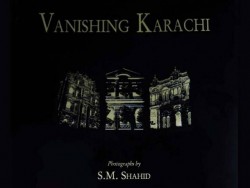 Snapshots of a vanishing city