Snapshots of a vanishing city

KARACHI: With towering new buildings and shopping malls springing up around Karachi, one can be forgiven for forgetting that Karachi is actually 150 years old.

Historians have repeatedly contended that Karachi, which was previously known as Kolachi, is older than we think it is. However, as far the condition of buildings in the metropolis is concerned, most of them would echo public sentiment that the buildings which connect Karachi’s present to its past are fast vanishing.

While a majority of these structures were constructed contemporary builders of Karachi, many of them were built by British colonialists, Hindus, Parsis and Muslims.

SM Shahid started photographing Karachi’s fast disappearing history over 30 years ago. In the mid-1980s he paired up with Ghazi Salahuddin to highlight the matter and take prompt action.

His latest book, Vanishing Karachi, is a coffee-table sized compendium that chronicles Karachi’s structural and colonial history – one snapshot at a time.

Shahid has managed to capture some of the major colonial structures that make up the majority of old town in Saddar and Clifton.

In some instances, he photographed the naked savagery with which some iconic buildings in Bath Island, Lea Market, Victoria Road, Cantonment and some other places were torn down. Many of these buildings bore testament to decades of history. And yet, they were reduced to rubble.

The book provides essential insights for any Karachiite of a city they could have had but unfortunately lost.

While Shahid offers a glimpse of how parts of the city vanished quite literally before our eyes, one cannot but help notice the lack of depth in the book. This can be seen in terms of the sparse information provided about buildings and a ‘before and after’ comparison. More significantly, it misses out on the current state of these buildings and what is being done to preserve them.

The photographs are also slightly problematic. In some instances, the pictures used are quite blurry, which makes it difficult to discern and appreciate the nature of construction or destruction. As a book which documents the vanishing city, this element is far too crucial to be overlooked.

Moreover, one wishes that Shahid approached the project with a bit more verve by using principles of photojournalism instead of limiting himself to casual snapshots of old and broken buildings.

Empress Market, a major landmark of the colonisers in the city, is under constant threat. While Shahid notes its deterioration in the description accompanying photos of the iconic structure, he has not included the pictures which show the extent of destruction. Some pictures of the market used to show the degradation are unclear.

In addition, the author fails to show how over time buildings like Empress Market are under threat from the overcrowding. In fact, the book focuses almost entirely on facades and there are few interior shots of these age-old buildings.

He also misses out on some of the iconic buildings in Saddar. Some buldings whose pictures are included carry incorrect location placements or reduce them to generic captions with no details.

More often than not, his images seem more suited for the snapshot category rather than photographs documenting the slow decay of Pakistan’s largest city. This is more apparent in the older photographs used in the book.

Nevertheless, the book manages to do its parts in highlighting and preserving the megalopolis’ heritage. 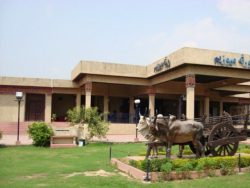 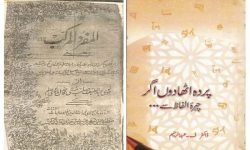