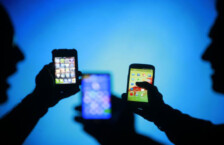 Islamabad: Internet services were impacted in different regions across Pakistan on Monday due to multiple cable cuts.

The Pakistan Telecommunication Company Limited (PTCL) said that it was working to restore the services across the country.

“We sincerely regret the inconvenience caused to our valued customers. PTCL has deployed all its technical resources to restore and stabilise the services as soon as possible,” the company said in a press release issued on Monday.

It stated that internet services had been partially restored in many areas.

Ms Shah said that a high-level investigation committee had been constituted to determine the root cause of the outage.

Technical teams were working on restoring the network for business continuity and high availability, she added.