LAHORE: This year witnessed the release of many Pakistani films, a lot of which fared well at the box office and went on to become super hits. However, majority of them were in Urdu.

2018 did not prove great for the Punjabi film industry as only six Punjabi films were released and not a single one of those did too well at the box office. Due to this, producers have been suffering a great deal.

2017 had a total of 10 Punjabi films release while 2016 saw 11. Although this year wasn’t too great for Lollywood, stakeholders are looking to revive Punjabi cinema in 2019. “Pakistan’s film industry is at a very important stage at the moment. A few years ago, both the Punjabi and Urdu film industries were in crises but luckily, the Urdu film business has managed to pick itself up,” senior film director Altaf Hussain told The Express Tribune

“The development within Lollywood is gradual and is happening at its own pace. However, I can assure you that we are moving towards success,” he added. “The proof of this is the young talent that is entering the industry as actors, directors and producers.”

Hussain further stated that Lahore is still the center of Punjabi film as it still has countless talented directors and producers that can create blockbuster films. “We are not disappointed in this regard… we are just waiting for the good times to come back.”

Ishq Di Jang, Faisla Gujjar Da, Peshi Gujjran Di, Suhaag Diyan Choorian, Jawaria and Rab Waris were the films that made it to the silver screen this year. However, they did not even fall in the ‘average’ category and flopped. Cinema owners have therefore been releasing old Punjabi films  to run their businesses.

“In the past, there was a big market associated with Punjabi films within our country. Even though there haven’t been many produced this year, there are still many traditional cinemas in Punjab that play Punjabi films,” said Chaudhry Ejaz Kamran, chairman of the Film Distributors Association of Pakistan. “We admit that there are only a few Punjabi films released this year but you also have to consider that Punjabi film producers are willing to invest and are ready to start projects in 2019. I am hopeful that next year will be fruitful.”

The lack of success in the industry has come as a surprise to many. Stakeholders are very disappointed as they had high hopes, following the government’s support. Punjabi film stakeholders, who were united under the banner of Pakistan Film Producers Association of Pakistan, had demanded that the government of Pakistan put a ban on Indian films during the festivals of Eid. This year saw this demand materialise and for the first time ever, the government implemented a two week ban on Bollywood releases during Eidul Fitr and Eidul Azha. But even after these steps were taken, cinemas had no Punjabi films playing.

Senior film director Iqbal Kashmiri believes the problem lies in the lack of investment from producers. “All those willing to invest in the film business prefer to invest in Urdu films. Investors have started moving out of Lahore and into Karachi for this very reason, which has left us with no old producers wanting to invest in Punjabi films.”

He continued, “Being a senior film director, I expect a bright future for Punjabi films. I hope to see great progress in the coming years. I know these investors will return to Punjabi cinema some day.”

Kashmiri went on to add that Punjab has a big viewership and investors will soon come back to this realisation. The director states that the golden period for Punjabi cinema is not too far away; everyone is just waiting for the right time. 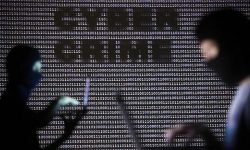