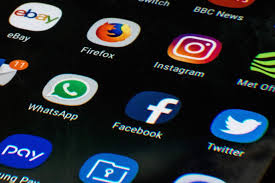 Petitions have been filed by the Pakistan Federal Union of Journalists (PFUJ), prominent journalist Amber Shamsi, and a TikToker Ashfaq Jutt before the IHC. The hearing of the petition was adjourned from Dec 18, 2020 to Jan 25 on the request of the attorney general, wishing to assist on the matter.

Pointing to Article 19 and 19-A, the IHC CJ remarked that the rules governing the social media ban were made without consultation with the stakeholders.

Joining the hearing, Attorney General Khalid Jawed Khan shed light on it how the banning of any platform was not a viable solution, and that the rules regulating social media platforms would be reviewed and amended in consultation with the petitioners and other relevant stakeholders after broad-based consultation.

Agreeing with the AG, the CJ reinforced the stance and encouraged the petitioners as well as stakeholders to share suggestions for amendments to the rules governing the social media, highlighting that that was the best way forward.

Advocate Usama Khawar pointed out that while that did seem the most reasonable way forward, the petitioner’s contention was that they were promised earlier as well and asked to provide input which in turn was ignored while framing of rules by the Pakistan Telecommunication Authority (PTA).

Advocate Usama’s contention was acknowledged by the chief justice. On that, the AG promised meaningful consultations in future. The CJ remarked that the Pakistan Bar Council and the PFUJ were primary stakeholders in the case.

Abid Saqi had informed the court that the social media rules were prima facie unconstitutional and Mazhar Abbas contended that these rules would hinder performance of the journalist jobs. The petitioners raised broader issues in the TikTok petition that concerned sweeping and unbridled powers of the PTA, which affect the fundamental rights of citizens.

The petitioner requested the court to declare the social media rules ultra vires the Prevention of Electronic Crimes Act, 2016 (PECA). As the petition moves forward, the government has now agreed to include stakeholders in conversations regarding the social media regulation and Attorney General Khalid Jawed Khan has appraised the Islamabad High Court that these rules will now be reimagined through a collaborative effort including input from the petitioners and other relevant stakeholders.

More broadly, Advocate Usama Khawar questioned the PTA sweeping powers in framing rules that govern the social media, citing misuse of the Prevention of Electronic Crimes Act, 2016 (PECA) and consequent infringement of fundamental rights of citizens. Next hearing of this case is on February 26, 2021.