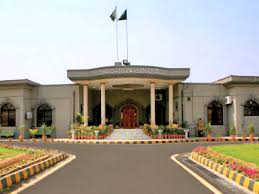 A single bench of IHC comprising Chief Justice of IHC Justice Athar Minallah will conduct hearing of the petition filed by Journalists Defense Committee of Pakistan Bar Council on behalf of the Pakistan Federal Union of Journalists (PFUJ) challenging the social media rules of the PTA.

Previously, the IHC bench had issued notices to the federation and the PTA directing them to submit their response in this matter.

He contended that instead of consulting with the stakeholders, the PTA made the rules and presented them in the court. These rules are unconstitutional and should be repealed immediately.

The IHC chief justice remarked that freedom of expression was very important for a society. He added that the court had written in its order earlier for avoiding such legislations which gave the impression of denying press freedom.

He further said that it is a case of public interest and those societies have never risen up after being denied for free expression. The IHC chief justice directed that the rules framed by the relevant authorities should be forwarded to all stakeholders to hold meaningful dialogues. The CJ added that violation of Article 19 and 19-A could not be made at any cost.  Justice Athar remarked that a country where freedom of expression was suppressed suffers economically. He added that the rules that have been drawn up should also not be misused.  In this matter, the PFUJ urged the court to strike down the Removal and Blocking of Unlawful Online Content (Procedure, Oversight and Safeguards), Rules 2020, saying that the rules are unconstitutional.  The PTA has made these rules and the IT ministry announced them on November 19. The PTA has the power to do this under Sub-section (2) of Section 37 of the Prevention of Electronic Crimes Act, 2016, which talks about “unlawful online content.” The rules came into force immediately.  The petition said that the rules should be struck down with immediate effect as the same violate fundamental rights guaranteed under the Constitution. The petition mentioned clauses that allow the PTA to block content online that is against the “glory of Islam,” interest, security and defense of Pakistan, etc. Article 19 already lists down what constitutes glory of Islam and national security, the petition said and added that the Supreme Court has the authority to interpret the law, not the PTA.

The petition said that the rules also contradict its parent act, PECA and these rules would destroy digital economy, internet user numbers, and have a negative impact on businesses.  Therefore, the petitioner requested the court to declare that the said rules are ultra vires in the light of PECA 2016, and inconsistent with and in contravention of Article 4 of the Constitution as well as the fundamental rights guaranteed under Articles 9, 10A, 14, 18, 19 and 19A of the Constitution.