RAWALPINDI: Following an order by an additional district and sessions judge, police on Friday registered a case – under the Anti-Terrorism Act and the controversial blasphemy laws – against the owner of Geo TV and the producer and anchor of a morning show, for allegedly hurting the religious sentiments of a particular sect.

The judge, Tahir Khan Niazi issued the order on a petition filed by Malik Waqar Mehmood Awan on May 17.

Section 295 of the PPC deals with blasphemy.

In his complaint, Awan alleges that the way a particular qawwali was played during Shaista Lodhi’s morning show insulted religious sentiments of Muslims.

Police say that while a case has been registered, no arrests have been made so far.

Awan told Dawn that he had filed a case against the owner of Geo TV, “whoever he may be”. 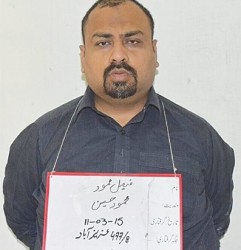