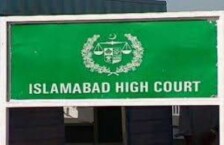 The Islamabad High Court on Monday summoned chief executive officers of television channels including TV One, ARY, Geo, Bol News and Filmazia as well as anchors of game shows to appear in person before the court on May 23 in a contempt of court petition.

The anchors who were summoned by the court include Sahir Lodhi, Nabeel Zafar, Fahad Mustafa and Amir Liaquat. The court summoned all of them after a petitioner accused them of violating Ramzan transmission guidelines and IHC verdict dated May 9.

A single bench of IHC comprising Justice Shaukat Aziz Siddiqui also issued show-cause notices to the abovementioned respondents, saying why contempt of court proceedings may not be initiated against them.

The IHC bench also directed Director General (Operations) Pakistan Electronic Media Regulatory Authority (PEMPRA) to appear before the court on the next hearing.