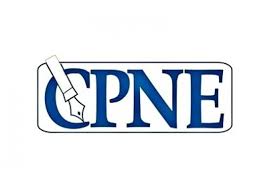 President of the Council of Pakistan Newspaper Editors (CPNE) Arif Nizami and Secretary General Dr Jabbar Khattak have said certain unsocial elements are hampering distribution of newspapers and transmission of electronic media at places in the country.

The annual meeting of the council on Tuesday expressed serious concerns over “open and hidden pressures, threats and few incidents of torture on media”. The council noted that cultured and democratic societies gave prime importance to freedom of expression.

“CPNE will never compromise on freedom of media,” said a joint statement by Nizami and Khattak issued after the meeting.

The statement pointed out that “Pakistan media is under tremendous pressures despite [the fact that] the law and order situation is much better. These elements [involved in pressurising the media] include governmental, non-governmental, political, non-political, and religious [elements] who do not reveal their identity”.

The meeting noted that a free and fair media had become more important in view of the upcoming general elections. “Fair and free elections depend upon fair, free, vibrant media,” the statement read.

The CPNE office-bearers also urged Pakistan’s media “to play its due role and discharge its duty by fair, free and unbiased reporting of political activities in true perspective.”

The CPNE also emphasised on media’s accountability for making it more credible.