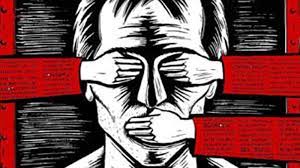 Few journalists would dispute the opinion that the PTI regime has left behind a legacy of crushing dissenting voices in the media, targeting individual journalists, media houses, social media opinion-makers and anyone with a pen or a mic it deemed as speaking against government policy. The punishments used varied from controlling the purse-strings to harassment to arbitrary cases against media persons or owners of media organizations. This is why one of the primary questions for journalists today, under a new government, is how quickly and effectively it rolls back some of the draconian measures and tactics the previous government used to control information. In an encouraging first press conference, newly-inducted Minister for Information Marriyum Aurangzeb has said that her ministry will work to ensure that journalists are not targeted anymore, that dissent is allowed, that there will be no extra regulatory bodies (other than Pemra), and that the Peca law in its entirety will be debated with media stakeholders. This is all very promising for a media fraternity that has had to deal with four years of slurs and jibes, trolling and worse.

The PTI government had been aiming to introduce the Pakistan Media Development Authority, a step journalists had decried as aiming to stifle criticism and dissenting opinion. The fact that the new government does not plan to continue with it is a welcome step indeed. The information minister has also promised to review the original Peca law –passed in 2016 by the PML-N government — in consultation with media representatives. This is again a positive step; ideally, the law should never have been passed and is a potent tool for censorship of free speech. Over the years, there have been many ways in which the state has placed pressure on the media, from outright censorship to more insidious forms of control. The previous government was not above using all forms to its advantage. Expressing solidarity with journalists who were either assaulted or taken off air during the previous regime, Marriyum Aurangzeb has said that there will be zero tolerance for those who share journalists’ addresses on social media or protest outside their homes. Most importantly, the infamous Digital Media Wing set up by the PTI government has now been disbanded, a step that should come as relief to journalists since one of the most effective tools used by the previous regime was trolling journalists online, to the extent that in 2020 women journalists had to write a petition asking there be less dog-whistles by the then government against women journalists online.

Pakistani journalism’s relationship with state and government has always been tense, but with a long tradition of proud independence and bravery — which has come with significant risks. While constitutional protections exist to protect freedom of speech, these rights are often violated. Denying citizens their right to information automatically taints our democracy at all levels, and allows state and government to propagate narratives without challenge. This historical tendency of successive governments to camp down on journalists’ rights took a far more extreme turn in the past few years. There is hope with the Marriyum Aurangzeb press talk that the current government will try to be different and understand that a journalist’s job requires a healthy amount of skepticism for those in power. We have seen every new government speak bravely about media freedom — and yet succumbing to the temptation to block, ban, and censor. This time a government that has come claiming it is freeing the people from the clutches of an authoritarian dispensation needs to do better.