LAHORE: A special judicial magistrate has asked the security department of Facebook to provide the Federal Investigation Agency (FIA) with details of an account allegedly involved in running a vilification campaign on the social networking website against production team of an upcoming film ‘Legend of Maula Jatt.’

Ms Ammara, a resident of DHA, filed a complaint with the FIA pleading that a Facebook account namely “M Muttaqi S Ali” had been uploading maligning posts against the complainant and Bilal Lashari, the producer of the film.

The verification officer of the FIA told the court that the allegation of the complainant had been verified from the Facebook account of the suspect. He asked the court to issue a direction to the administration of the website to furnish details of the account since its creation to the last activity.

The magistrate directed the security department of the Facebook to provide the FIA with the required details. 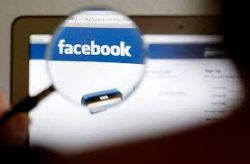