KARACHI: After graduating from Sindh University with a BA in political science, Aftab Mangi arrived at a fork in the road and decided to take the one less travelled. For the landscape of Pakistani cinema, that indeed made all the difference.

The prominent Sindhi film producer and distributer of foreign movies passed away at the age of 67 on Saturday after suffering a heart attack.

Even as a child in Sukkur, Aftab was fascinated by folk tales and the art of story-telling. With the support of his mother and guidance of his father, Ali Hassan Mangi, he decided to break away from a career in politics and opted for filmmaking. Aftab made his debut as an actor in his own directorial venture called ‘Sheesha aur Saye’, which was released across Pakistan in 1974. He also tried his hand at writing screenplays, but despite some really good efforts, nothing materialised and his projects were shelved.

While talking to The Express Tribune, Nadeem Mandviwalla, Mangi’s friend and the managing director of Atrium Cinemas, said, “As far as I can recall, Sindhi cinema was his ticket to the national film scene and then later on his focus shifted from film production to distribution.”

A regular visitor of international festivals such as Festival de Cannes, Mangi wanted to bring a large variety of foreign films to Pakistan. To achieve this, he worked with the National Film Development Corporation (Nafdec).

“Despite the long time he spent in the cinema industry, I believe the 90s was when he really dominated the film industry by importing some of the biggest and most important movies of that era,” said Mandviwalla.

A long time friend is renowned town planner Arif Hasan first met Mangi in 1963 – the time around which his seminal Sindhi film ‘Parai Zameen’ directed by the famous Sindhi director Shaikh Hasan, was released. “He had the biggest collection of film books which he later donated to the visual studies department at Karachi University,” Hasan told The Express Tribune.

He added that his friend’s generosity and zeal for a vibrant Pakistani cinema wasn’t restricted to books and collections – he open-heartedly spent on bringing foreign films while putting his bank accounts at stake. “He imported ‘Gladiator’ but when the cinemas were torched as a result of 9/11 all of his investment went in vain. But he still carried on his struggle.”

At the turn of the century, Pakistani cinema witnessed a major decline and a lot of people left the film business, including Mangi. He, however, continued producing films and the last notable work he invested in was Hasan Zaidi’s ‘Raat Chali he Jhoom Kay’, the story of a Pakistani MIT graduate’s one-night stay in Karachi.

“He was always an advocate of giving a chance to newer people both in regional and national cinema,” Abdul Qadir Mangi, Aftab Mangi’s cousin and former Sindh culture secretary, told The Express Tribune.

Mangi leaves behind a son named Adnan and a daughter Alecea. His soyem will take place on Monday, January 21, between Asr and Maghrib at House No 2, Bath Island road, Karachi. 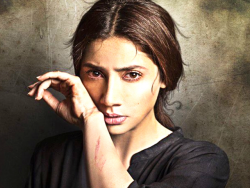 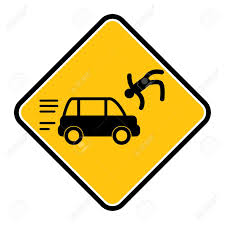