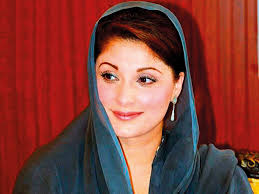 ISLAMABAD – The case registered by the Federal Investigation Agency over leaked video controversy clearly shows that the agency may investigate PML-N Vice President Maryam Nawaz and other senior party leaders, who were part of the July 6 press conference, in connection with the scandal.

FIA’s Cyber Crime Wing in the FIR has booked six persons for their alleged involvement for secretly recording of audio and video images of former accountability court judge Muhammad Arshad Malik and manipulating the same to blackmail and pressurise him for subversion of justice. The accused have been charged with different sections of the Prevention of Electronic Crimes Act (PECA), 2016 and Pakistan Penal Code (PPC).

The six persons who have been directly charged are Mian Tariq, who is in FIA custody and PML-N loyalists as well as some close aides of imprisoned former prime minister Nawaz Sharif. They include Mian Raza, Nasir Janjua, Nasir Butt, Khurram Yousaf and Mehr Ghulam Jillani.

However, FIA in the FIR on the complaint of judge Malik has named Maryam Nawaz and all those senior PML-N leaders who were part of July 6 press conference held in Lahore. But they have not been charged directly.

“Besides (these six accused charged directly), the role of any other individual, if any, found privy to the present offences will be thoroughly thrashed out during investigation,” the operating part of FIA says which indicates that the federal agency can summon any one of the senior leaders of PML-N for investigations and he or she could be booked in the same case.

FIA in the FIR quoting Judge Arshad Malik, who is at the centre of the controversy and is the complainant in the case, said that on July 6, he was shocked to see Maryam Nawaz along with the senior leaders of PML-N including Mian Shehbaz Sharif, Shahid Khaqan Abbasi, Ahsan Iqbal, Khawaja Asif, Pervaiz Rasheed, Rana Tanveer and Uzma Bukhari and others holding a press conference in Lahore.

In the presser, “a secretly and illegally recorded and manipulated video was played hereby unleashing a malicious propaganda against not only my personal dignity and dignity of my family but also against the institution of judiciary and the process of accountability,” the FIR said quoting the complainant.

“Even the alleged video displayed in the press conference by Maryam Nawaz and others who were sitting with her, is materially tempered and has exposed all of them to electronic forgery, electronic fraud, tempering and unauthorized use and misuse,” the complainant said.

He added, “It is requested that immediate action be taken against all above-named individuals and their accomplices and register a criminal case for illegally recording audio and video images without permission with intent of blackmailing and using the same for criminal intimidation and subverting the course of justice and further dissemination with intent to malign my personal respect and dignity of state institutions.”

On July 16, the Cyber Crime Wing arrested Mian Tariq, the suspect. The judge in his complaint said that Tariq, who had a second hand TV shop near Fawara Chowk Multan trapped him through intoxication/sedation for secretly making a compromising video and manipulating it into an immoral video to blackmail him. This happened between 2000 to 2003 when judge Malik was posted as additional district & session judge in Multan.

The judge said that about four or five months ago, he learnt that Tariq and his accomplices had sold that video to a Lahore based PML-N leader Mian Raza. Basing on that video a group of people including Nasir Janjua, Nasir Butt, Khurram Yousaf and Mehr Ghulam Gillani started to pressurise and blackmail me to help Mian Nawaz Sharif who has earlier been convicted by me in the NAB reference.”

On July 6, PML-N leader Maryam Nawaz in a press conference claimed that judge Malik had been “pressurised and blackmailed from hidden hands” to convict former prime minister Sharif in a corruption reference against him. He also screened a video containing the judge’s confession during his conversation with Nasir Butt what she said that Butt was a loyalist of her father.

In December last year, judge Malik had sentenced Sharif to seven years in jail in the Al-Azizia Steel Mills corruption reference and acquitted him in the Flagship Investment reference.

Judge Malik rebutted the claims made by Maryam, first in a statement and later in his affidavit submitted to the Islamabad High Court chief justice. In the affidavit, he said that Nasir Butt used the video, got from Tariq, to blackmail him and force him to confess that he gave verdict under coercion.

On July 12, the Islamabad High Court removed the accountability court judge over this video controversy.

While the contents of the video have yet to be verified, the Supreme Court has taken up the matter. On July 16, the apex court took up three petitions seeking a thorough probe into the video scandal.

In the press conference, Maryam had alleged that the judge had contacted Butt and told him that he was feeling “guilt” after announcing the “unjust” verdict against Sharif. Their meeting held at the judge’s residence where the video was recorded, she had said.

In the affidavit, the judge claimed that he was threatened with dire consequences by Butt and two other close aides of former premier besides offering bribe and forced him into issuing verdicts in favour of Sharif in the Al-Azizia and Flagship Investments references.

After judge Malik’s removal, PML-N had requested the Supreme Court to annul the judge’s decision in Al Azizia reference and release Sharif from jail.