ISLAMABAD: Facebook’s Mark Zuckerberg was ecstatic a year ago. His dream of bringing two-thirds of the unconnected world (including a billion Indians) on to his Facebook was appearing to come to life!

The ‘Free Basics’ initiative (originally internet.org) was officially launched in India on February 10, 2015. Ironically, it was exactly a year later when the edifice came crashing down.

Indian Telecom Regulator TRAI, after months of consultations and debates, barred ‘Free Basics’, as well as other content-based limited-internet access schemes (like Airtel Zero). After Chile and Egypt walked out recently, this is the severest blow to Facebook’s adventure, which had been in operation in 37 countries, starting from the pilot in Zambia in July 2014. In Pakistan, internet.org was launched in May 2015.

‘Free Basics’ is an initiative of Facebook, along with a few others, which offers free access to those who have not yet started to use internet, usually because they cannot afford it. But the access is restricted to text-only version of Facebook itself, plus a handful of other websites, offering services like weather, BBC News, Wikipedia, shopping.

Facebook justifies the limited access by the argument that some internet is better than no internet. Reportedly, around 40% users of ‘Free Basics’ become regular paying users of internet.

The issue has remained in intense social media debate before and after TRAI’s ruling. Reportedly millions took part in it. Facebook used its platform to allegedly convert TRAI’s consultation process into something like an opinion poll, which posed a “not possible to say no” question and got 3.2 million favourable emails sent to TRAI.

Passions invariably run high when a large private corporate entity claims (earnestly or not) that it is trying to bring new users on to the internet, with the noble intention of helping them get connected for education, employment opportunities, and other benefits. When the debate heated up, Zuckerberg personally jumped in wondering in a ‘Times of India’ editorial, “Who could possibly be against this”?

The other side, mainly internet activists (some under “savetheinternet.in” banner) joined by Indian opposition leader Rahul Gandhi, claimed victory over one of the largest private companies on earth, who was “misleadingly marketing the initiative as the internet whereas the free access was to just a few websites”.

The critics claim that they were saving the internet from creation of “walled gardens” within it. But today the internet itself is one big walled garden, contributing to growing inequality in the society – particularly in developing countries. However, since there is no other way, nobody showed any opposition to the idea of bringing the masses on to the internet.

Going forward rightly or wrongly, Facebook has earned so much negative reputation (of being anti net-neutrality) that, in my opinion, Facebook would gradually distance itself from ‘Free Basics’ in the remaining countries.

Its “connectivity lab” is already working on new connectivity technologies such as drones, millimeter-wave mesh networks, and white-space networks. In any case, Facebook does not need to worry too much about the setback, because in the virtual world of internet, nobody does a better job of connecting people than Facebook.

However, the situation with Mobile Network Operators (MNOs) may not be the same. As is well-known, nowadays the main source of MNO revenues is rapidly shifting from voice to data. In order to increase data flow on their networks MNOs need more and more internet users.

Facebook’s notion that those who have never experienced internet, should be made to experience its usefulness, and thus bring them on board has merit (irrespective if it was the real intention or not). Even the Indian regulator TRAI said in his explanatory notes that “internet access is not a ‘search good’ but rather an ‘experience good’ which can be understood properly after being used”.

Therefore, in order to provide internet experience to all the users, MNOs could start offering volume-capped, low bit-rate, free internet to all. Anyone using data beyond that capped volume, or wanting to surf at higher bit-rate, should have to pay for it.

However, MNOs may still need some kind of partial subsidy. Could that come from USF? And/or advertising? Even Facebook could contribute in this effort, with the confidence that most of new internet users would eventually come on to Facebook anyway.

In the final analysis, governments cannot be absolved of their responsibility to bridge the digital divide, and remove this source of growing inequality. As prominent economist Shahid Javed Burki pointed out in this newspaper recently, “Much of the political turbulence that has marked Pakistan’s history can be traced to one economic factor: persistent and growing inequality”. Making internet free/affordable for all is just one of the many steps that need to be taken.

The writer is former CEO of the Universal Service Fund and is providing ICT consultancy services in several countries of Africa and Asia. 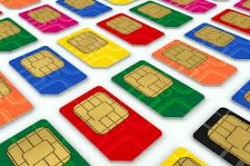