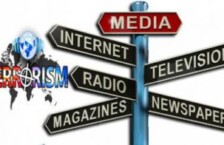 LAHORE: Medialogic Pakistan (Pvt) Ltd Chief Executive Officer (CEO) Salman Danish alleged at a press conference on Tuesday that the Express News channel has launched a slanderous campaign against his company to stop police investigation against some culprits, pressurise the administration and divert the direction of the probe.

He said the defamatory campaign against Medialogic, a national TV ratings provider, was aimed at hiding the facts brought to light so far against the channel and pressurising the administration and the judiciary to stop them from taking any action against Express channels.

Salman Danish said his company did not support any particular TV channel, and the Pakistan Broadcasters Association (PBA), which is a representative body of all private TV channels, ensures that we do not take sides with any one channel. He said the up and down movement of TV channels’ ratings does not affect their company but the private TV channels. He said it was his company’s responsibility to provide equal opportunities to all TV channels.

Danish said a few months back, they noticed that the ratings for Express TV channels started increasing extraordinarily. It was found that these ratings were being reported from particular houses in some particular areas, which was an unusual thing. If we not understand some extraordinary viewership in any particular area, we check who our representatives in those areas are.

Salman Danish said the company decided to initiate legal proceedings against the said employees and an FIR was lodged at Gulberg police station in Lahore in this regard. He said the police handed over the case to the CIA Lahore to probe the matter. The company later came to know that a man identified as Tanveer Ahmad in Lahore and Capt (retd) Jamil in Karachi were working for Express TV channel and the Express Group. The probe showed that they had set up an NGO and all this illegal activity was being carried out under it.

After coming to know these facts, Medialogic not only initiated legal proceedings against the culprits but also informed the PBA, so that it could take action against them on its own. The PBA called Medialogic and sought proof in this regard, which was provided. The PBA investigated the matter and collected various proofs in one-and-a-half months. The proof of fraud was also shared with owners of the TV channels. The PBA asked Medialogic to make public the name of the channel committing a fraud and also assured the company of all help in the legal proceedings.

However, Express News owner Sultan Lakhani, who is general secretary of the PBA, did not take part in any proceedings in this regard. He said the channel owner had already confessed to the misappropriation of billions of rupees in the National Accountability Bureau (NAB) but had not returned that money thus far.

Salman Danish said a media campaign was continuing against Medialogic for two days claiming that the company was harassing its employees. He rejected these allegations. He said the said media group also claimed that no FIR had been registered, which was also wrong. He said the company has completely followed legal procedure and a case is currently in a court of law.

Danish said a TV channel presented a woman, Shaista, who had already confessed in front of company employees that she had been receiving money through Express TV and bribing people to watch a particular TV channel. He said a campaign had been launched in the media that Medialogic kidnapped his brothers and confiscated their property documents. They also moved the court of law and accused the Punjab police, IGP, and CIA Lahore in their writ petition. However, the judge threw out the petition after listening to the initial arguments. He said the copies of the FIR and the court decision had already been provided to the press.

Danish said Tanveer Ahmad used to send money to Shaista Mushtaq and her sister Nadia Mushtaq regularly through the Television Media Network cheques. This money was transferred from the Express News’ official account to Tanveer Ahmad on a monthly basis, who used to transfer that amount to the Medialogic employees. He said these employees have also admitted that they had been receiving money from Express News.

He said Express News’ ranking was four in November and December, which soared to number one in May. He said due to this fraud, various TV channels suffered revenue losses of Rs500 million during the last six-seven months. He said he had shared all this proof with the PBA and the media industry. He said he took all TV channel owners onboard before starting legal investigations.

He said media corruption should also be exposed like in all other sectors. He said the PBA had prepared a report after the investigation that should be released now. He said Medialogic was ready to face any punishment or tender an apology if the allegations are proven wrong.

He said Pemra was a competent authority and it could initiate legal action against the channel.