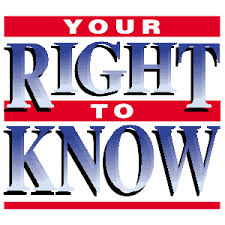 LAHORE: The draft of the Freedom of the Information Act the provincial cabinet had approved on Monday is an altogether different version of the original document. Thankfully, it denies what the provincial bureaucracy wanted it to be and allows people to adequately know what the government is doing or not doing for them.

The new draft has been prepared by the provincial information department after intervention by some “powerful external forces” and private domestic stakeholders who wanted the law to reveal whatever necessary and conceal only the bare minimum.

The first draft was also prepared by the same department after threadbare two-year consultations with almost all departments and other stakeholders but it hid more than it was supposed to reveal.

It was finalised by the bureaucracy with the intention to have it approved by the cabinet for legislation. But its contents alarmed some external forces and the domestic civil rights champions who simply rejected it. And what they suggested instead is written in the new law which has been approved in principle by the cabinet.

Official sources informed Dawn on Wednesday that the draft law was required to be vetted by the provincial law department.

After this the draft law would be ready for tabling before the provincial assembly.

Actually, the law would be tabled before the next assembly as the present one is about to be dissolved for fresh elections. “Let’s see what the next government thinks of it,” a senior official said.

So far as the approved draft law is concerned, it declares it a right of every citizen of Pakistan (the previous draft allowed only the people of Punjab) to access all information held by public bodies.

It makes all public bodies proactively disclose their particulars, functions and duties, powers and functions of their officers and employees, norms and criteria set by them for the discharge of their functions.

It provides that they will be required to share with people acts, ordinances, rules, regulations, notifications, circulars etc., being enforced, issued or used by them in discharge of their functions.

The list of information to be shared with people includes: A statement of categories of information being held by the public body, description of its decision-making processes and any opportunities for the public to provide input into or be consulted about decisions, a directory of its officers and employees with their respective remunerations, perks and privileges, and its budget including details of all proposed and actual expenditure, the amount of subsidy, if given, and details of beneficiaries, particulars of the recipients of granted concessions, permits or authorisations.

The draft laws says the public bodies will have to give information about facilities available with them for obtaining information from them, name, designation etc., of their public information officers.

The draft law’s Section 9(B)1 says that access to information may be refused where disclosure of the information would likely to cause harm to: national defence or security, public order or international relations; a legitimate privacy interest, unless the person concerned has consented to disclosure of the information related to the functions of a public official; the protection of legally privileged information or of the rules relating to breach of confidence; the legitimate commercial interests of a public body or a third party including information subject to third-party intellectual property rights; the life, health or safety or any person; the prevention or detection of crime, the apprehension or prosecution of offenders, or the administration of justice; the ability of the government to manage economy; or the effective formulation of or success of a policy, through its premature disclosure, or the free and frank provision of advice within government.

The draft says that notwithstanding subsection 9(B)1 (list of denial of information), information shall be disclosed if the public interest in such disclosure outweighs the harm that will result from such disclosure.

The draft allows for the creation of a commission within 90 days of its enactment to enforce the law. It shall comprise three information commissioners — a former senior government servant, a retired judge of the high court or equivalent seniority, and a respected member of society. (The original draft enlisted only former government officers and judges as the members. The new draft allows a civil society member to become a member on the demand of external and domestic stakeholder).

The commissioners shall be appointed by a selection committee comprising the chief minister and the leader of the opposition in the Punjab Assembly. They shall hold office for up to three years, or up to the age of 65 years, whichever is earlier. Persons who are more than 62 years old shall not be eligible for appointment as commissioners.

At the time of their appointment they may not hold any other public office or any other office of profit, be connected with any political party or run any business or pursue any profession.

The chief minister may remove any of the commissioners if an open inquiry held by a select committee of the provincial assembly specially constituted for the purpose through a resolution of the assembly finds that grave misconduct has been committed by him. Grave misconduct shall be interpreted as prescribed by the rules.

The commission shall be responsible for resolving any inconsistencies in the application of the principles of this law, or the prescribed rules, either through a complaint or otherwise.

It will receive complaints made under the act, and rules, from any person, conduct an inquiry of its own accord or upon a complaint, and dispose of complaints, including, by ordering a public body to disclose information to a complainant.

For inquiring into a complaint it will wield powers of a civil court in respect of: Summon and enforce attendance of persons, compel them to give oral or written evidence on oath and to produce documents or things, examine and inspect information; receive evidence on affidavit, requisition information from any office, issue summons for witnesses or documents.

While inquiring into a complaint, the commission will examine any information on spot or get it examined through an agent appointed for this purpose, kept in custody with any public body.

While deciding a complaint, it will impose a fine upon a public information officer as prescribed in rules.

In cases of complaints, it will take decisions that are binding on all concerned. No court shall entertain any suit, application or other proceeding in respect of an order made under this act and no such order shall be called in question otherwise than by way of any appeal under this act.

The commission shall compile a ‘User Hand Book’ in Urdu and English, containing such information as may reasonably be required by a person.