Last year March 27 was undoubtedly a tragic day in Sialkot when Zeeshan Butt, a local journalist working for a Lahore-based newspaper (Nawa-e-Waqt), was on phone. He was talking to the Sialkot District Council Chairperson Hina Arshad Warraich and complaining about death threats hurled on him by a PML-N backed Union Council Chairman Imran Cheema.

Zeeshan complained he had visited Imran’s office in Sambrial tehsil and questioned the recently introduced taxes on shops in Bhegowala bazar. Instead of giving the answer the journalist had sought, the UC chairman abused him and gave death threats. He wanted the issue to be hushed up and not brought to the notice of high-ups.

While Zeeshan was in the middle of the phone call, Imran appeared on the spot with his accomplices and fired shots at Zeeshan. The deafening noise of the shots was followed by a pin drop silence. The victim fell to the ground and succumbed to the fatal injuries.

These details were not narrated by any eye witness or aide of Zeeshan. In fact, these were all recorded and recovered from his cell phone taken into custody by the police. Even the sound of the shots fired at him were recorded and heard by countless people who had access to this audio circulated widely on social media.

Soon afterward, it became an issue about threats to media and freedom of expression. Voices emerged from all over to bring the culprits to justice. Journalists from the entire country built up pressure on the concerned quarters to arrest and punish the culprits. However, at the same time, anti-narrative was flared up too, propagating that it was a result of personal enmity and not the other way around.

Reportedly, there were repeated attempts to spread this perception because the police was finding it hard to sustain the pressure from the journalist fraternity. Meanwhile, it was a pity that hardly any media organisation mentioned the name of Zeeshan’s organisation while carrying follow-up reports about his murder and investigations. The main accused, Imran, has escaped abroad. The Supreme Court of Pakistan (SCP) took up the case and ordered the police to arrest the murderer as early as possible. Police arrested Usman alias Sheeshu, Shahid, son of Arif, and Saqlain alias Maula while the main killer Imran Aslam Cheema escaped from the country and is not yet arrested.

Mazhar Abbas, former secretary general Pakistan Federal Union of Journalists (PFUJ), believes there are several reasons for the lack of progress and convictions in the cases of journalists’ murders. The foremost is the general inability of the heirs to follow up these cases and go through the long process starting from registration of FIR to investigation, trial in sessions courts and hearing of appeals in the high court and the Supreme Court. In many cases, they do not have enough financial resources to hire lawyers and spend at police stations. So, if the family decides not to pursue the case or drop it any stage it cannot proceed. Police is reluctant to provide copy of the FIR and President of PFUJ says PFUJ doesn’t have any record of the slain journalist Saleem Shahzad’s family. No one is ready to talk on the issue.

The second reason is the missing support that should have come from their organisations. A majority of the slain journalists in Punjab, he says, “were found to be affiliated with small organisations and based away from big urban centres”. The journalist unions, he says, “do raise voice but these are the media organisations which must own their workers and pursue the cases.”

This is just one case in point and reflects the general trend in the Punjab province. Here journalists are mostly threatened, harassed and killed by influentials who are annoyed by exposition of their wrongdoings. A quick glance at the incidents of journalists’ murders in Punjab shows most of them were district/tehsil correspondents of media organisations who had tried to expose the influential politicians, criminals, gangsters etc. There are others, too, who died due to excesses by invisible forces or terrorism in Punjab, but their numbers are very few.

However, regardless of the type, one finds that the fate of these cases is similar. From reporting to investigation and prosecution, award of financial compensation to the heirs, role of the employers, there is a strange resemblance with the extraordinary happening in a few cases.

To start with, one can discuss the cases of Saleem Shahzad, whose body was recovered from a canal in Mandi Bahauddin, and Ejaz ul Haq, an employee of City 42, shot dead by Tehreek-e-Taliban Pakistan (TTP) terrorists in Lahore.

Saleem Shahzad worked for Asia Times Online based in Hong Kong and Italian news agency Adnkronos (AKI) and was killed on May 10, 2011. Reportedly, he had been kidnapped from Islamabad while he was on his way to the office of a TV channel to take part in a talk show. The global rights body Human Rights Watch claimed Saleem had informed them about threats received from the country’s premier intelligence agency as he had been writing sensitive stories not acceptable to it. This could not be proved during investigations as well as by the judicial commission formed for this purpose. Though, the commission did not clearly identify the culprit, it came out with suggestions on how to avert similar incidents and proposed monetary compensation for Saleem’s family, employment for his wife, and state-funded education for his children.

I contacted Zubair Akhtar, the Station House Officer (SHO) of Sadar Mandi Bahauddin Police Station to get an update on the case. The SHO informed that the case had been closed because of lack of evidences. He was also not aware of the current status of the case and could not recall anybody from the family approaching him for this purpose. The SHO seemed to be in a hurry to end the call and denied having knowledge of the whereabouts of Saleem’s family. (You can get the contact details from FIR or PFUJ, please talk to them). Police is reluctant to provide copy of the FIR and President of PFUJ Rehman Bhutta says PFUJ doesn’t have any record of the slain journalist’s family. No one is ready to talk on the issue.

Saleem Shahzad’s wife, Anita Saleem, has given an interview to AKI which appeared on November 29, 2018. In the interview, she disclosed, the family has not received any support from the government or any other source. She said, “We will never know who killed Saleem, and why.”

On May 28, 2010, during a terrorist attack on Ahmadi community’s worship place in Garhi Shahu, a journalist Ijazul Haq was killed when he was giving live updates on his cellular phone to his TV Channel City 42. At least 98 people were killed on the spot and 120 got severely injured in this terrorist attack.

According to Amir, a technician in City 42, a colleague and friend of the slain journalist, Ijaz was very humble and a hardworking man. He said after his death, Mohsin Naqvi, the owner of City 42, extended financial help to the family. The family, residing in Lahore at that time, was given Rs 0.5 million by the PPP government which also announced free education for his children.

Another colleague of his who does not want to be named, revealed that the entire family left Pakistan and settled abroad. According to him, it was alleged that he was an Ahmadi and his family received support from the community and settled abroad.

Coming to the cases of journalists falling victims to enmities developed with individuals or groups, we take up a couple of cases for discussion and analyse them. For example, Amir Wakeel, correspondent of daily Awami Inqlab, was killed by unknown assailants in Rawalpindi on January 23, 2009. He left behind four kids who immediately moved to their ancestral area of Karak, KPK, after his death. His brother Kamal Asfar was an active journalist who had contested for National Assembly seat from Rawalpindi but disappeared from scene after pursuing his brother’s case for some time.

Abdul Waheed Anjum, Secretary Rawalpindi-Islamabad Press Club, says some journalists believe the brother of the slain journalist was also threatened by unknown men and warned not to pursue the case. Footprints of unknown killers were reportedly traced back in tribal areas of KP but not a single killer of Amir Wakeel has yet been arrested.

On January 23, 2009, afternoon, Amir Wakeel was killed at Committee Chowk in Rawalpindi by unknown killers. He was shot at and two bullets hit his head. He was shifted to District Head Quarter (DHQ) hospital Rawalpindi where he died.

Similarly, on April 22, 2014, Shahzad Iqbal, who was affiliated with Sama TV as a correspondent for six years in Mianwali district, was killed. Reportedly, the killers included Shafaullah Khan, Shabbir Khan and Irfan Khan. They shot fire at Shahzad and his brothers Sajjad Iqbal and Sikandar Iqbal when they were riding motorcycles. The assailants intercepted them in Nai Abadi Mianwali. All three of them received serious injuries and were shifted to District Hospital Mianwali where Shahzad was pronounced dead.

After one week, the killers were apprehended by police and presented before the court. The case continued for one and a half year. Later, the family settled the dispute with the accused and pardoned the murderers on May 26, 2016. Now, the accused are free. According to Sajjad Iqbal, the brother of the deceased, the organisation and Press Club Mianwali did not cooperate with the family. While defending the settlement, he explained that the family did not want to promote enmity. When inquired about the blood money in exchange of this pardon, he did not answer in affirmative. Sajjad was also injured seriously in the armed attack and this act of pardon appears quite unnatural. He was killed over an old enmity.

Muhammad Aftab Alam, a lawyer based in Islamabad, shares that the cases of journalists’ murders are taken like any other murder by the police and are not registered under any special law. Though a provision to invoke Article 7 of ATA has been taken and incorporated into substantial law, there is no supporting amendment in the procedural law that defines procedures to implement laws and award punishments.

Aftab believes that murder of a journalist is homicide as well as a curb on freedom of expression which is a constitutional right. Therefore, such cases must be treated under special laws. At the moment, the cases stay unresolved because the heirs are the complainants and they have to get things moving in a highly non-cooperative environment. He says cases of homicide cannot proceed if complainants are not aware of the complexities of our criminal justice system. 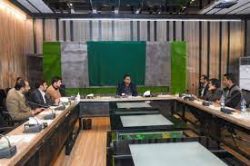 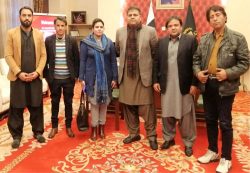 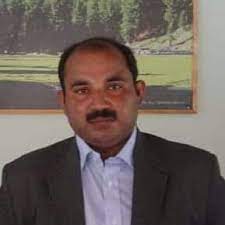