KARACHI: One of 100 most famous Pakistanis and the top broadcaster who is counted among the 500 most influential Muslim personalities – Dr Aamir Liaquat Hussain has joined Express Media Group as president.

A research scholar of international repute, Dr Aamir Liaquat has emerged in recent years as the country’s most celebrated anchorperson. He made a name for himself by celebrating religious events and festivities as a host. He created a sensation by running a 19-hour marathon Ramazan transmission and was called as “superstar” by the world media.

He is the broadcaster who presented mega hit shows like Aalim Online, Aalim and Aalam, and Innam Ghar. He is a writer of many bestselling books, a famous columnist, the founder of Memhooda Sultana Foundation and one who has a huge fan following.

Dr Aamir Liaquat will also be the group editor for religious content and will edit all the Islamic pages of Daily Express. His column titled ‘Loud Speaker’ will also appear in the newspaper.

Dr Aamir Liaquat is regarded as a pioneer in the country’s media industry, which emerged after 2000. Over the past 13 years, he has emerged as the identity of Pakistan and has played a vital role in interfaith and inter-sectarian harmony.

After the phenomenal success of ‘Innam Ghar’ his absence in the last few weeks from television screens was keenly felt by his fans, who made innumerable phone calls and sent millions of emails to express their love for him.

His viewers especially missed him during Shab-e-Mairaj – the tradition of whose mediated celebrations was actually started by him – when his great show could not be seen due to unavoidable circumstances.

Later, in view of the public aspirations and the love of the millions of people from across the world, Dr Aamir Liaquat decided to join Express and presented his services to the group.

His beautiful recitations at these shows have not only been extremely popular in Pakistan but have also been shown with subtitles in other Muslim Countries including Egypt, Turkey, Algeria and United Arab Emirates.

Dr Hussain is seen as a world-renowned religious scholar, who has dedicated his life to highlighting religious values and offering solution to the peoples’ problems in the light of religious injunctions.

He has presented many knowledge-based religious shows which scaled new heights of popularity. These shows which became famous internationally include ‘Aalim Online’, Ramzan transmission, and ‘Innam Ghar’. He also presented shows of religious festivals of other religions including Christmas, Easter and Diwali.

He dazzled the world media with his indefatigable energy by carrying out a 19-hour long Ramzan transmission while his last year’s ‘Amaan Ramazan’ transmission was acclaimed by such international meida organisations as CNN, BBC, FOX News as well as Arab and Indian media.

These media outlets called Dr Aamir Liaquat a superstar and the savior of people. His 2014 ‘Inam Ghar’ – which was Pakistan’s first live family show – also set new records of popularity.

His popularity is a testimony of people’s love and devotion. And now people will find him spreading love and harmony through the platform of Express. 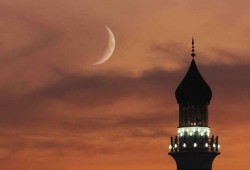