Declaration of newspapers closing offices to be cancelled 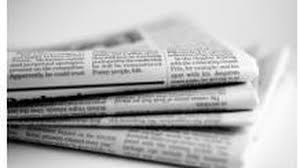 Talking to the camp of sacked journalists and media workers here, the minister said the prime minister had asked him to meet the affected media persons, taking along information ministers from Punjab and Khyber Pakhtunkhwa. He pointed out that the PakistanMedia Regulatory Authority (PMRA) was being set up also to protect the rights of media workers, who had no platform to file an appeal for relief.

He said that declaration of newspapers involved in firing of workers and shutting offices down will be canceled. He asked Pakistan Federal Union of Journalists to bring resolution in the Parliament for forensic audit of media houses. The minister said the government would extend every possible help to those journalists, removed from the job.