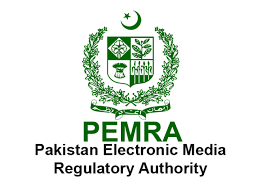 ISLAMABAD: TV host Dr Danish has claimed that Pakistan Electronic Media Regulatory Authority’s decision to restrain him from appearing on any TV channel in any capacity for a month for levelling ‘false’ allegations was illegal and one-sided.

In a letter written to Pemra chairman, dated February 4, Dr Danish said: “I have learnt this news [of one-month ban] for the first time from newspaper. To my utter dismay, I was never called, never questioned, never informed of any complaint and the most partisan attitude that I was never informed of the decision till today.”

According to the Pemra’s office of the Council of Complaints, the private channel that runs his talk show in its reply to Pemra on Sept 3 said Dr Danish was provided an opportunity to record his statement on the matter on Dec 10, but he chose not to appear before the council.

The TV host, who had levelled serious allegations against senior officers of the Oil and Gas Development Company Ltd in his talk show weeks before the July 2018 elections, said the order was passed against him in utter disregard to natural justice, law of land and formed biased view only to degrade his name. “No man should be condemned unheard until he has a fair opportunity of answering the case against him.

On Jan 29, Pemra prohibited Dr Danish from appearing on any TV channel for a month in any capacity.