The internet is a vast world where anything is accessible to anyone. But the information available on the internet needs to be regulated. As the pace of internet use increases in Pakistan, there is a dire need to ensure the security and privacy of internet users. In this scenario the government of Pakistan has decided to move a bill for curbing cyber crimes. It will soon be presented to the cabinet for though the Centre for Cyber Crime has been functioning under the FIA and computer experts have been working there diligently to deal with this problem, we still face face problems such as financial fraud, security breach data loss, hacking, privacy invasion and others.

Many such crimes are detected but to deal with them, strong legislation is required. For even if the perpetrators are caught, they cannot be dealt with as the laws in place are not effective. In this context the finalisation of the draft bill for curbing cyber crimes by the government and its imminent presentation before the cabinet is a much needed step. It will allow us to be in a better place regarding security and will ensure checks and balances. The internet holds vast amounts of data and it is imperative that the secrecy and confidentiality of information available is foolproof so that no misuse may occur. 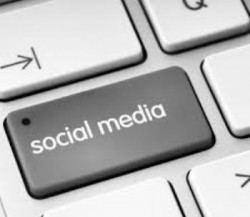