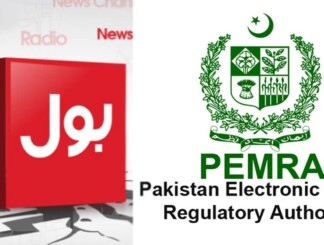 Labbaik Pvt. Ltd, BOL News had earlier submitted a complaint to register an FIR against Chairman PEMRA Saleem Baig and others to the SHO of Zaman Town.

Now, BOL News has approached the court and filed a plea against Chairman PEMRA and its administration.

The court has directed chairman PEMRA and the PEMRA administration to appear in person and asked SHO Zaman Town to make their appearance compulsory.

At the request of the court, the BOL administration named all the cable operators, who were threatened by Chairman PEMRA Saleem Baig.

The application for registration of the case was submitted by the authorized officer of Labbaik Pvt. Ltd., Azhar Shamim.

It was further mentioned in the petition that the PEMRA Regional Director also asked the cable operators to close BOL channels or switch them to the last numbers.

The court has summoned arguments from both parties on March 10. In case, Saleem Baig or the PEMRA administration would not be able to appear in the court, an FIR will be registered against them.

It is pertinent to mention here that the High Court had earlier restrained PEMRA from taking any illegal action against BOL News. 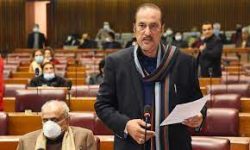