PESHAWAR: The Peshawar High Court (PHC) has directed police to provide protection to three women. It has also issued arrest warrants for three persons for laying down a marriage claim against the women under the outdated “ghang” custom.

The move came days after introduction of the law, which announces punishment for those laying down marriage claims under the custom, against the consent of the women.

The court has summoned all the three accused on February 6 and at the same time directed the local police to provide protection to the women against whom the marriage claim has been laid down.

According to Hassan Muhammad Shinwari, counsel for the petitioner, Muhammad Jan, a resident of Doaba in Hangu District, Jan’s three nephews Wali Jan, Rehmatullah and Abdul Aziz laid down a marriage claim against his daughters Zahida, Ruqayya and Amna.

Shinwari informed the bench that since Jan’s daughters were being claimed for marriage against their will, Jan’s family members are feeling insecure, adding that the Khyber-Pakhtunkhwa (K-P) government has already passed a law to curb “ghag” but it was yet to be notified.

Earlier, a similar petition had been filed by Muhammad Nawaz Khan whose daughters Shaista, 13, and Zeenat, 11, had been claimed under “ghag” by his nephews Jehangir and Abdul Razzaq of Sherkera.

The court however directed the provincial government to promulgate a law and make the act a cognisable one upon which, the K-P Assembly unanimously passed “The Elimination of Custom of Ghag Bill 2012” on January 9.

Tabled by Provincial Minister for Social Welfare Sitara Ayaz, the bill calls for making “ghag” a cognisable, non-bailable and non-compoundable offence and prohibits a person from forcibly or by criminal means, demanding a woman for marriage by making a public declaration.

The violators can be punished or imprisoned for up to seven years and not less than three years or be liable to a fine of Rs0.5 million or both. 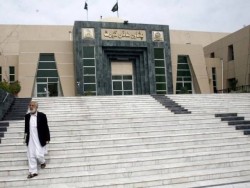 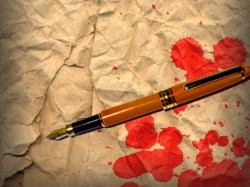