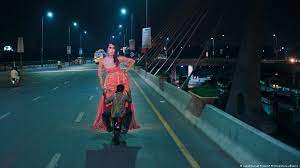 The Sindh High Court has issued a written order on the second petition against the release of Saim Sadiq’s film ‘Joyland’.

The order said that the court could not determine whether the film should be viewed morally or not. The petitioner has not pointed out any legal flaw in the certification process of the film.

The film has been cleared for release by the Censor Board after thorough scrutiny. No citizen has the right to such objection in personal capacity. The court cannot rule on moral grounds to curtail the filmmaker’s freedom of expression.

The order further states that under Article 19, the filmmaker has full freedom of expression. The Censor Board or Provincial Competent Authority can ban the film if there is any reasonable cause.

It should be remembered that the public is demanding a ban on the new film Joyland.