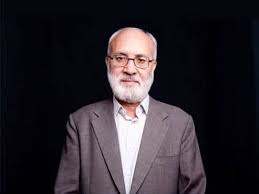 PESHAWAR: A kind-hearted person, industrious journalist, meticulous editor, and thoroughly professional. Several adjectives are insufficient to describe the personality of Rahimullah Yusufzai, a senior journalist who passed away on September 9, and was laid to rest in his native area in Mardan district on September 10, the day he had been born in the year 1954.

Amid doom and gloom at The News Peshawar Bureau, staffers held a condolence reference and remembered the good old days spent with the senior journalist. Fateha was offered the departed soul of RY Sahib on the occasion.

They said RY was a perfectionist and would also mentor his colleagues in the office and try to improve their writing and editing skills. He never considered himself like a boss, but he always treated the staffers of The News Peshawar Bureau as his colleagues.

Even two days before his death, his article was published in a leading media organizations, which spoke volumes about the professional commitment of the deceased journalist. The senior journalist, who served as the resident editor at the Peshawar bureau of The News, always considered the genuine demands and needs of the office colleagues and supported the office staffers.

At the end of the reference, The News Peshawar staff also emailed the head office about the next line of action and they jointly proposed the name of Nisar Mehmood for appointment as the head of the office.