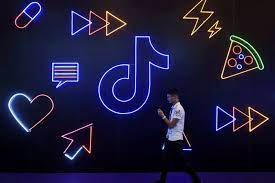 As the short-form video app TikTok faces its fourth ban in Pakistan, Senator Mian Muhammad Ateeq Shaikh has said that the bans on social media apps were putting a dent in the country’s image and discouraging foreign investment in the digital landscape.

The latest ban on the video-sharing social networking service was imposed on July 20 by the Pakistan Telecom Authority (PTA) “due to continuous presence of inappropriate content on the platform and its failure to take such content down”.

However, in both hearings, the PTA authorities failed to provide justification for banning the app. In its order, the Islamabad High Court (IHC) observed that only 1 per cent of the content was inappropriate therefore the ban on social media applications was not the solution. The court pointed out that despite the ban the app was still accessible through free or paid VPN services.

Ateeq, who also participated in the IHC hearing, had told the court that a senate committee had directed the PTA to formulate rules over a year ago and regretted that the authority did not comply with the directions.

Ateeq, who was named as the digital senator after he held the first virtual session of the senate in April this year, told The Express Tribune that there were no particular laws that dealt with social media. “In other countries, laws are promulgated prior to introducing anything. And since we don’t have any specific laws to assist us in grappling with the issues things pose to us, the only easy option left at our disposal is that of simply banning them,” he said.

“In doing so [banning], we are repeating the same mistakes, that is, instead of regulating them and finding a permanent solution, we are seeking easy solutions,” Ateeq added.

The senator pointed out that according to the PTA itself, only one per cent of the users produced content that could be rightly deemed “inappropriate”, adding that “the rest of the 99 per cent were needlessly barred from creative content”.

Commenting on the significance of attracting social media platforms, Ateeq said that Pakistan was a promising market for international digital platforms as the country continues to experience the rapid digitalization of various spheres. He said he has also played his part in bringing various IT companies to Pakistan but lamented that “the curbs imposed by the government fail to provide them an ideal environment to operate”.

“Many companies are made to opt out as certain people in higher government authorities approach these companies and seek employment for their relatives, and such behaviour is acting as a major disincentive for investment in Pakistan,” he said, adding that “even after the companies cooperate with them by accommodating their requests, these people persist on banning them and creating an unfavourable environment for them.”

In TikTok’s Global 2021 Q1 Transparency Report, Pakistan was ranked second for the total number of videos removed for allegedly violating the community guidelines.

“In the Pakistani market, TikTok removed 6,495,992 videos making it the second market to get the most videos removed after the USA, where 8,540,088 videos were removed,” TikTok Pakistan’s latest transparency report said, covering January to March. The requests for the removal of videos were also made by the government.

‘Govt directly involved in the ban’

Ateeq said that PTA was only a regulatory body and lacked powers to take such actions independently. He alleged that the decision to ban the app on the pretext of “inappropriate” content was a tactic used by “certain elements in the government” to promote their “favourite” apps.

“The directions to ban or unban any social media app are given by the government. PTA is just a body that simply follows the directions. Someone in the government wants to promote other similar apps that are allowed to operate scot-free despite having similar content,” he alleged.

In an environment like this, he said, many other apps that can potentially boost the economy back out or restrict their investment in Pakistan. This not only restricts the investment but also tarnishes the global perception of the country, he added.

The next hearing on the ban on TikTok is on Sept 20 where the senator will present his study on the importance of social media and the current position in Pakistan.