ISLAMABAD: The British High Commission on Tuesday held a pre-departure ceremony for 73 Pakistani students selected to pursue a master’s degree in the UK under Chevening scholarships.

There has been 400 per cent increase in the Chevening scholarships for Pakistanis this year as last year, 17 students were awarded scholarships.

“Pakistan remains one of the top-priority countries for Chevening rewards, which is precisely why Pakistan has seen the biggest increase in the number of Chevening scholars anywhere in the world.

This shows the importance the United Kingdom puts in its relationship with Pakistan,” said British High Commissioner Philip Barton, at whose residence the ceremony was held.

The high commissioner said Chevening alumni were making important contribution in Pakistan. “The Chevening programme not only brings immediate benefits for individual scholars — in terms of future career prospects and development — but it also delivers long-term benefits for both Pakistan and the UK.

“When I came to Pakistan, I was given books that were titled rather negatively like Pakistan on the brink, Pakistan the conspiracy, Pakistan the hard country. After being here for a while, I now want to write a book called Pakistan, a nice place to live,” said Barton.

The envoy said the British High Commission was already starting a conversation in Pakistan about the kind of place it will be in 2047, not just because the country will complete its 100 years then but also because the Chevening scholars of today will have several decades and enough opportunities to shape the country to make it better and more prosperous.

Shehla Qayum, deputy head of the scholarship programme in Pakistan, said the most positive aspect of this year’s successful applicants was a significant number of girls.

“I have been handling Chevening scholarships since a while and till date we had a majority of men going but things have changed and this year we have selected a number of girls, which gives me a great feeling personally,” said Qayum.

Barrister Amna Abbas, who is going to pursue her LLM at Queen Mary University of London, said it was also an opportunity for her to represent the modern, educated and independent woman of Pakistan on an international platform. “I am looking forward to embarking on a life-changing journey as a Chevening scholar,” she said. 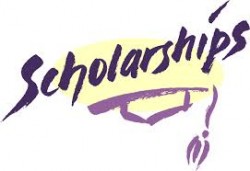