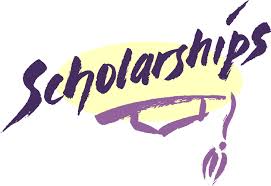 He also announced giving scholarships for an MSc education to the talented students belonging to FATA under the PEEF.

The announcements were made at a function to celebrate achieving 100,000 educational scholarships on Friday.

Mr Sharif said that not only Punjab but the less-privileged but hardworking and talented students of Sindh, Balochistan, Khyber-Pakhtunkhwa, Azad Kashmir, FATA and Gilgit-Baltistan had also been included in the scholarship programme.

He said these PEEF scholarships were for those millions of Pakistani children whose parents despite a difficult situation equipped their children with education.

The chief minister said the Punjab government had set up the biggest education endowment fund in the world for intelligent students of poor families to get education in local and foreign prestigious educational institutions.

Referring to the cooperation of UK’s Department For International Development (DFID) in education, he said the fund was extending full cooperation to the Punjab government in skills development, education and health.

PEEF Vice-Chairman Dr Amjad Saqib said that today was a historic day as the target of 100,000 scholarships had been achieved under the PEEF since the launch of the programme seven years ago.

Punjab University Vice-Chancellor Dr Mujahid Kamran said the PEEF had brought about a revolutionary change in education and hundreds of thousands of students are getting education through this fund.