KARTARPUR: Prime Minister Imran Khan on Wednesday laid the foundation stone of the Kartarpur corridor and announced that his government and the army wanted a ‘civilised relationship’ with India, declaring that Islamabad would move two steps forward if New Delhi took one step.

Speaking to a large gathering of Sikhs, media persons and diplomats from home and abroad after performing the groundbreaking of the long-awaited corridor, connecting Gurdwara Darbar Sahib in Kartarpur area of Narowal district to Dera Baba Nanak in India’s Gurdaspur district, PM Khan said only strong and determined leadership on both sides of the border could resolve the issues faced by the two countries and begin a new era of prosperity in the subcontinent.He added that the Kashmir dispute could be resolved only through talks.

“Whenever I visited India, people would tell me that the Pakistan army is not interested in peace… I am telling you that I, the PM, our party, other political parties, our army — we are all on the same page in wanting to establish a civilised relationship with India,” Mr Khan reiterated.PM lays foundation stone of Kartarpur corridor

While the historic event was under way, the Indian media reacted strongly when Chief of the Army Staff (COAS) Gen Qamar Javed Bajwa shook hands with a Sikh pilgrim, who had earlier stopped an Indian diplomat from visiting a Gurdwara in Lahore.

Reacting to Indian media’s hysteria, Pakistan military’s media wing (ISPR) chief Major General Asif Ghafoor regretted that the Indian media was still involved in negative propaganda against the peace initiative by focusing on one pilgrim at the Kartarpur ceremony. “Indian media taking a myopic view is selectively showing Mr Gopal Chawla meeting COAS. Army Chief met all the guests at the venue irrespective of identity. A peace initiative should not be subjected to propaganda,” he tweeted.

In his address, the prime minister said Pakistan and India were facing just one big issue of Kashmir and added that it could amicably be resolved if visionary and strong leaderships from both sides could sit and discuss it. “If humans can walk on the moon, I assure you this issue will also be resolved,” Mr Khan asserted.

Acknowledging that hundreds and thousands of people have been killed in both countries, the prime minister said both sides had committed mistakes and the time had come to mend relations. Mr Khan said he wanted friendly ties with India that could open up trade and alleviate poverty that had plagued more people in this part of the subcontinent as compared to the world at large.

He said he had been seeing the status quo for the past 70 years. “Sometimes we took a step ahead but moved two steps back. We need to learn lessons from the past and break the shackles of hate and animosity,” he said.

Mr Khan cited examples of France and Germany which fought many wars but eventually came closer for the welfare of their people. The results of their friendship and trade were a lesson for all, he said. Since Pakistan and India both are nuclear powers, he asserted that any war imposed would be nothing but madness. In this situation, he asked what was the option left and replied himself: “Dosti” [friendship].

Appreciating the joy on the faces of the Sikh pilgrims coming from different parts of Pakistan, India and from across the world, he said that he could understand their feelings on this historic occasion, as the Sikh community in India used to watch the Gurdwara from across the border.

The prime minister assured that Pakistan would keep improving the Kartarpur darbar and provide maximum facilities to the pilgrims, when they would visit Pakistan in November 2019 to celebrate Baba Guru Nanak’s 550th birth anniversary.

Speaking on the occasion, Indian Punjab minister for local government and tourism Navjot Singh Sidhu lauded the opening of the Kartarpur corridor and said the historic event would go a long way to ending bloodshed, which was the exact philosophy of Baba Guru Nanak. “There must be someone who should end the fire,” he said. “Religion must be kept separate from terrorism and politics,” he added.

The contact between the two Punjabs was severed many years ago but Prime Minister Imran Khan restored it with just three months in power, Mr Sidhu said. “Mr Khan will always reflect on top, whenever Kartarpur peace corridor’s history will be written,” he added.

The Indian Punjab minister insisted both Islamabad and Delhi to begin peace dialogue, come closer and eliminate hate. “The locks on both Punjabs should be opened now,” he added.

Indian minister Harsimrat Kaur Badal said it was a historic day for the Sikh community as they could pay homage at Baba Guru Nanak’s darbar. “It is so near yet remained so far during the past 70 years,” she said.

She said she was very happy to become part of this historic event and see the place, where Baba Guru Nanak spent his last years. She said many Sikhs, who continued to see the darbar through binoculars, would be finally able to come over for the first time in their lives. “I have no friends, no relatives in Pakistan. I never thought I would be here but [with] only Baba Guru Nanak’s blessings,” she said.

“When we laid the foundation stone for the corridor in Indian Punjab, I saw the corridor becoming a reality there and now I am seeing it here,” she said.

Asserting that the wall of hatred between Pakistan and India could also fall just like the fall of Berlin Wall, Ms Badal said this peace corridor would go a long way in subsiding the tension between the countries as well as bring joy and peace to the people of both countries.

Foreign minister Shah Mahmood Qureshi said the light that Baba Guru Nanak brought with him would remain forever. He said Baba Guru Nanak spent his last 18 years in worship at this very place. “This is a historic moment that can help both countries enter a new phase of meaningful dialogue and bilateral trade,” he said.

Mr Qureshi also said that more such steps needed to be taken in the sub-continent.Federal minister for religious affairs Noorul Haq Qadri also spoke on the occasion.

At the start of the event, the attendees were briefed about the measures that would be taken to facilitate the visit of Sikh pilgrims to Gurdwara Darbar Sahib next year.

The Nation: Let’s break shackles of the past, PM to India

The News: Groundbreaking of Kartarpur Corridor: Can’t we form a Franco-German like union? 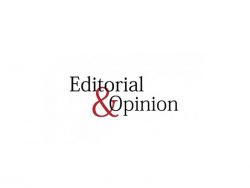